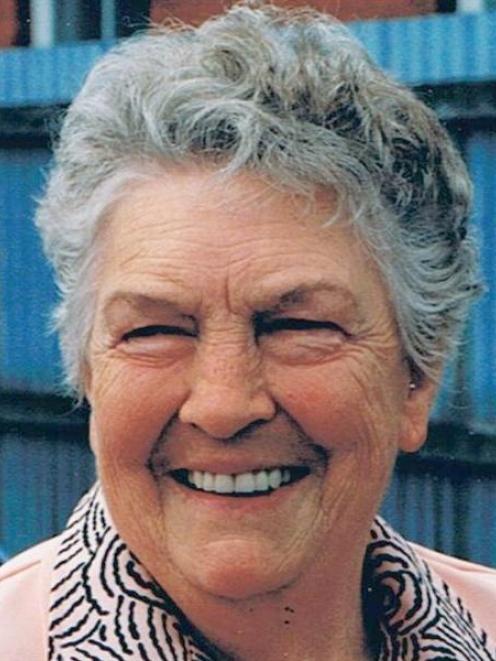 A pioneer of gymnastics coaching, Rita Marlow coached an Olympic gymnast and founded gymnastics clubs and an association in Dunedin, Otago and New Zealand.

Her involvement with the sport spanned more than 40 years, at local, national and international levels.

She was the first woman head gymnastics coach and first delegate to the New Zealand Gymnastics Association.

A competitive gymnast herself, Mrs Marlow (86), was a member of the famous gymnastics exhibition squad, the Silver Six, in the 1940s.

In 1964 she founded the Dunedin Gymnastics Club and was a driving force behind the establishment of the Otago Gymnastics Association.

She is a life member of both organisations.

She was the first to introduce coaching and judging clinics to the region and she founded the first Modern Rhythmic Gymnastics Club in New Zealand.

Another female gymnast she coached, Alison Milburn, qualified for the 1968 Olympics, but was unable to compete due to financial constraints.

She also judged in the United States and Australia.

Mrs Marlow's daughter Mary Wright is a top gymnastics coach in the United States who has coached with 10 Olympians.

Aside from gymnastics, Mrs Marlow was also involved with swimming and diving.

She won six national diving titles between 1937 and 1942 and was a former coach of the Otago Swimming Association's diving squad and on the national panel of coaches and judges.