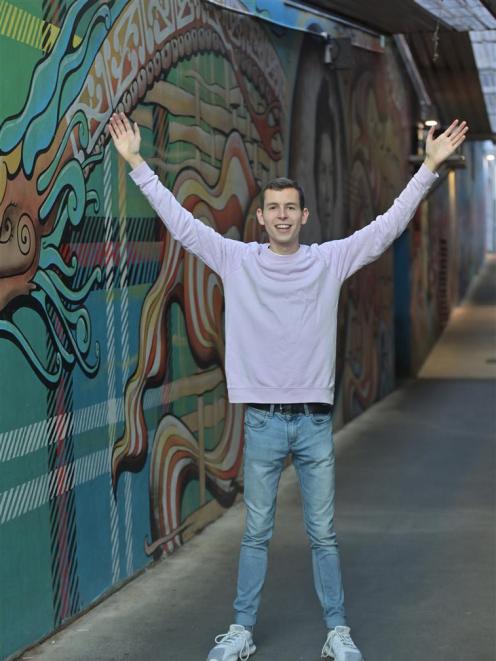 But that's exactly what comedian James Mustapic will be doing when he opens the first of his three shows at the Dunedin Fringe Festival in the New Athenaeum tonight..

Growing up in Dunedin, Mustapic started his comedy career making videos for the internet and his ''fame'' has grown to the stage where people start to notice him walking down the street.

''It's quite exciting, because I've done videos for years but I never had people come up and say they've watched one.''

''But now I get the occasional person around Dunedin come up to me, which is quite nice.''

His show, James Mustapic and the Haunted Projector, nominated for a Billy T award, explores some of his darkest secrets and deepest repressed memories.

It also touches on his life, sometimes in a quite revealing way, as a young gay man.

''I guess nowadays I don't feel so worried talking about my sexuality or anything like that and actually I find it can be quite a different or unique perspective, compared to a lot of comedians.''

In his previous shows and early videos Mustapic's mother Janet played a starring role but this week she will be enjoying it from the audience.

''Last year, she was part of the show and she found it quite stressful having to remember some lines, so this year I'm just letting her sit back and enjoy it.''

The former John McGlashan pupil says he still gets quite nervous before performing in front of a home town crowd.

''I never came out of the closet in high school, except to my close friends, so not everyone knew, or they probably did ... So it can be quite nerve-racking revealing my life to everyone down here.''