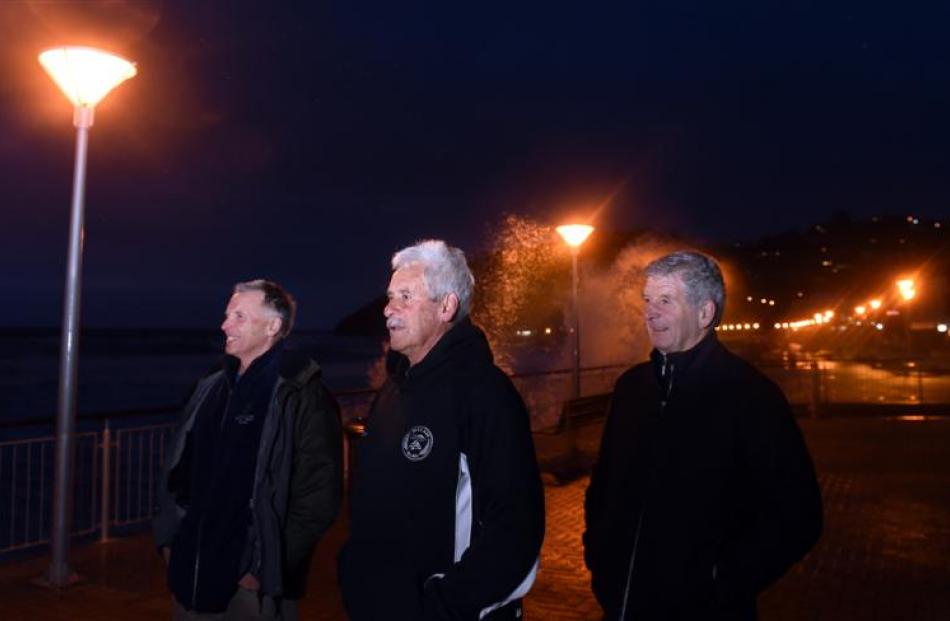 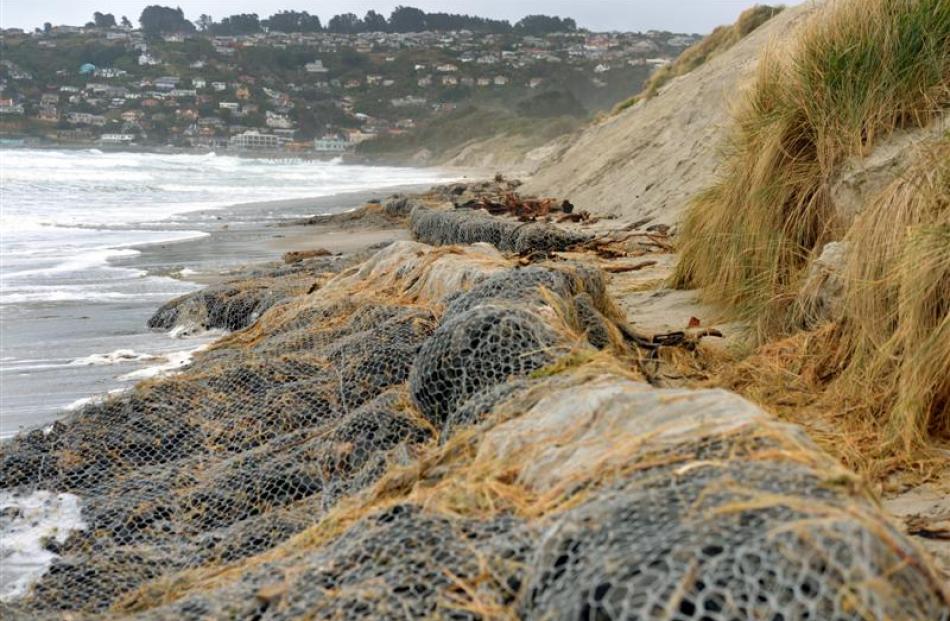 He, and fellow St Clair residents Graeme Newton and Bart Smail, have found a lot to criticise in the Dunedin City Council's approach to addressing coastal erosion.

But council staff and a university specialist have said their criticism was not well-founded.

Messrs Haslemore, Newton and Smail, all of who have lived in St Clair and been ''regular beach-users'' for more than 40 years, thought a significant part of the problem had to do with the design of the second sea wall, built in 2004 at The Esplanade.

The second wall was built in front of the previous wall, ''encroaching'' on the beach and, they say, changing the way waves form on the beach in a way that encourages erosion.

They also blamed Clutha river dams for blocking sediment flow - and therefore replenishment of Ocean Beach sand - and sand mining at Tomahawk beach - taking sand out of the system when it might have helped replenish beaches further south.

''They're all contributing factors to what is happening.''

Mr Newton hit out at the council for not planning to act immediately on the damage to the boat ramp as a result of last week's storm, and for leaving ''sand sausages'' exposed without sand covering them for extended periods of time.

The boat ramp was a safety issue, he said, because a rescue boat would not be able to get out until the ramp was fixed.

Council roading maintenance engineer Peter Standring said the ramp was ''one of our priorities'', but it could not be repaired right now.

''This is probably not the month of the year where we need to be doing our repair work.''

The exposed sand sausages - which Mr Newton said could easily be damaged if they were not covered by sand - were monitored by the council, parks, recreation and aquatics manager Richard Saunders said.

''If necessary, we would take action.''

Messrs Newton, Haslemore, and Smail's other concerns - the sea wall, the Clutha dams and the Tomahawk sand mining - did have ''an effect'' on erosion, Mr Standring said.

But that effect was ''piddly''.

''There are many wee things that have an effect,'' he said.

''This is a broader picture ... the east coast of New Zealand is being attacked.''

University of Otago coastal processes specialist Dr Mike Hilton also said the problems identified by Mr Newton and his fellow St Clair residents were not a main contributing factor to the erosion.

''It's unlikely that the damming of the Clutha river and the disruption of sand supply to the coast is making a significant difference at St Clair,'' he said.

Dr Hilton thought the erosion was due to ''proximity of land use to the sea''.

The ''best option'' was a permanent solution involving soft engineering - building up sand dunes, rather than walls - and a managed retreat from the sea.

It is an option Mr Newton also supports.

Both Mr Newton and Dr Hilton were of the view that more sand was leaving the beaches, and that the erosion was worsening.

There were several factors contributing to the increase in erosion, including sea level rise as a result of climate change.

When asked for comment, Mr Saunders reiterated a previous statement that council monitoring did not show a ''significant'' change in sand levels over time.

Mr Saunders was not sure how much sand replenishment and other remedial work would cost this time around, because a plan had not yet been decided on.

The work would be put on hold until after a forecasted storm this weekend, he said.

And a longer-term plan was still being worked out as well.

''There have been discussion previously about an engineering solution ... [which] could be a backstop wall, it could be a further sea wall,'' he said.

''Everything will be considered.''

Mr Standring said the council had its ''thinking caps on'' about erosion.

But Messrs Newton, Smail, and Haslemore thought the council was not taking the input of long-time local residents seriously enough.

''It would cost council absolutely nothing to get together and talk about things, but it doesn't seem to want to do it,'' Mr Newton said.

2007: Storms erode sand dunes along St Clair and Middle Beaches, to within metres of the edge of Kettle Park. Sand dredged from Otago Harbour trucked to beach to replace dunes.

2012: Ocean Beach Domain Management Plan adopted - proposes no action for the area other than maintaining the sea wall.

February 2013: Design for a buried backstop wall to halt erosion announced by DCC.

May 2013: Holes open up in The Esplanade after spring tides and heavy seas pound the wall. Trucks and diggers brought in to build mound of large stones in front of the wall.