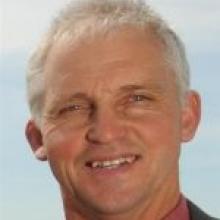 Stephen Chittock
Receivers of South Canterbury Finance receivers have forced three companies of St Clair developer Stephen Chittock into receivership over a $1.5 million debt - just days after they were placed into voluntary administration.

Both voluntary administration, then the more serious step of being placed in receivership, generally attempt to trade affected companies out of their financial predicament, but the move this week by South Canterbury through the courts is just a step away from liquidation; where assets are frozen then sold to immediately try and repay debts.

South Canterbury is considered the major creditor among about 20 who met administrators this week. Under administration guidelines it had 10 days to decide on whether to go along with administration, or essentially have that overruled by initiating receivership proceedings to make a more secure claim on the debt.

Mr Chittock, who has developed various properties within the Esplanade block at St Clair Beach during the past 14 years, has assets valued at $5 million, based on current business cashflows, valuations and properties, but has amassed about $5 million in debt - inclusive of South Canterbury's $1.5 million debt.

Insolvency Management Ltd liquidator Gus Jenkins, of Dunedin, who was appointed by SCF on Wednesday, said yesterday he was still collating information on Mr Chittock's financial position and it was "too early" to provide details on individual debts, other than confirming South Canterbury's $1.5 million claim.

"A secured creditor has the opportunity and a 10-day window while a company is under administration to decide on whether to go ahead and [apply to] appoint a receiver," Mr Jenkins said when contacted.

SCF was placed in receivership last September, prompting a Government bail-out, under its guarantee scheme, to investors and businesses which cost the taxpayer $1.755 billion.

The Christchurch-based administrator had earlier this week floated the idea of redevelopment proposal, worth more than $20 million, for St Clair, citing potential Chinese investors or local construction company Calder Stewart as partners, but either party would have to provide cash upfront to seal a deal.

Of five properties of Mr Chittock's for sale in the Esplanade block, valued at $4.4 million, one house sold this month for about $400,000.