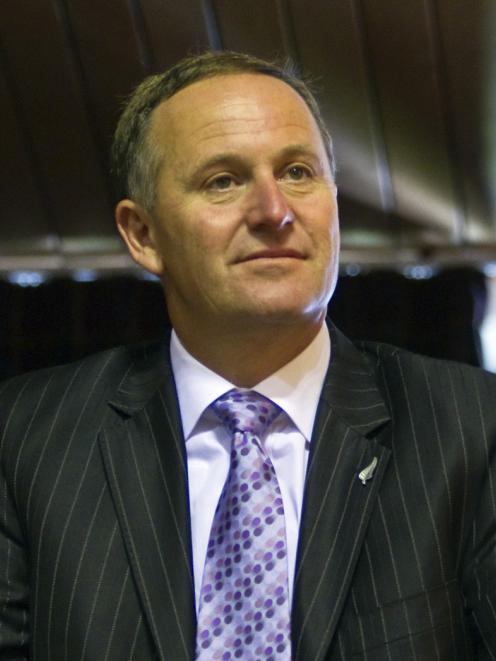 John Key
There were no good offers for South Canterbury Finance, Prime Minister John Key said today as Labour argued a spike in the cost of the Retail Deposit Guarantee Scheme due to the company's collapse was avoidable.

Labour's finance spokesman David Cunliffe called today for Finance Minister Bill English to resign over what he described as a scandal of epic proportions.

The Government now expects a net loss from the scheme of around $1.2 billion, compared with earlier estimates of around $900 million.

Mr Cunliffe said he had seen an offer for SCF where bad debt would be taken on if the Government underwrote up to $500m.

Mr Key said Treasury yesterday reaffirmed there were no credible offers made.

"If there was a decent bid out there, we'd take it," Mr Key told reporters.

"But the bids were, 'we are taking the upside, you wear all the downside, we can't quantify it and by the way there's no cash up front, you have to fund the entire transaction'. Well, it doesn't sound like a very good deal."

Government accounts for the eight months to February released yesterday showed the deficit $1.7 billion higher than forecast at $9.2b -- that was put down to the Christchurch earthquake and a $331m increase in the Government's expected loss from the Retail Deposit Guarantee scheme, put in place during the global financial crisis and extended until December 31 this year.

Mr Cunliffe said the Government was foreshadowing a budget with no new money and cuts to services when it was responsible for losing money.

"The Government could have placed South Canterbury Finance into statutory management in 2009, it could have traded through, it could've accepted one of a number of recapitalisation offers in 2010," he told Radio New Zealand.

"The Government for some unknown reason decided to plough ahead with a receivership which has left assets rotting away on the vine and has resulted in a $1.2b loss to the public ... it's a scandal of epic proportions."

Mr Key described Mr Cunliffe's comments as a leadership bid and not a serious economic argument. He said all bids had required the Government to underwrite losses which would have cost more than the scheme.

"As late as yesterday we asked Treasury again, no deal we were ever presented came anywhere near being better than what we've actually done," he said.

"The reason we are in this position is Labour signed up to a deposit guarantee scheme, South Canterbury Finance had massive loans, those loans went broke...

The Labour Government, supported by National, decided to include SCF in the scheme because excluding finance companies but including banks would have been unfair and would have seen more companies go under, Mr Key said. Then their assets would have been sold into a very poor market.

The Government expected a net loss from the scheme of around $1.2b, compared with earlier estimates of around $900m, Mr English said yesterday.

The significant extra one-off costs would add to what was already shaping as a large deficit in the current financial year.