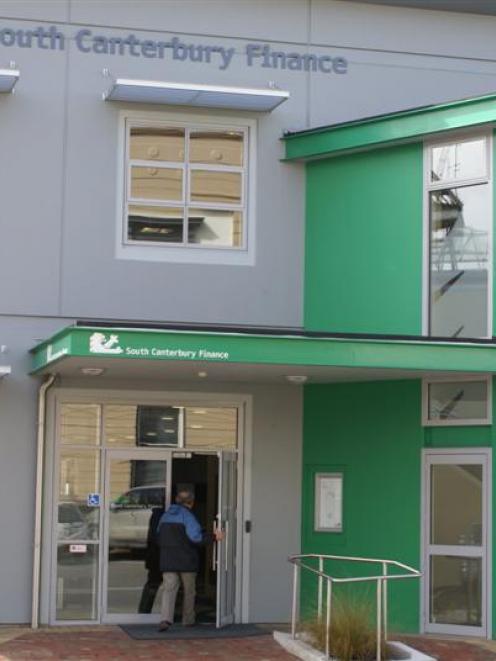 A barrage of private, confidential and Government documents released by Treasury yesterday point to the seemingly inevitable crash of South Canterbury last August, but seem to fall far short of calls for full transparency on Government decision making.

The question and criticism of "who offered how much" for South Canterbury assets appears not to be disclosed in the thousands of pages of documents released yesterday.

The Treasury documents were released amid growing criticism of the escalating cost to the taxpayer, and reveal attempts from several sides to get South Canterbury back on its feet.

But it appears many of the would-be saviours - neither named nor the value of their propositions revealed - were mainly after assets, as opposed to underpinning the stumbling and debt-laden lending giant.

KordaMentha's report noted three recapitalisation proposals were presented to South Canterbury, with only one "viable proposal" - but the Treasury has deleted details of the identities and value of any proposals.

One may have been a $50 million New Zealand investor's proposal noted elsewhere, in the more than 200 documents released yesterday.

"Receivership appears to be the only alternative," KordaMentha said.

"All South Canterbury's assets will be under XXXXX (omitted) control rather than the control of someone who is acting in the best interests of the Crown."

KordaMentha said there was "clear risk" that under the unnamed proposal the Crown's position would be "much worse" than the $335 million South Canterbury had estimated, with KordaMentha estimating the loss at $400 million-$500 million.

A "strictly private and confidential" report to the Treasury by Southern broking house Forsyth Barr, a behind-the-scenes supporter of South Canterbury, was among the 200 documents released, dated just 24 hours before receivers were appointed on August 31.

Forsyth Barr, tasked with assisting restructuring, successfully raised $27.5 million for direct injection into South Canterbury and had a list of 24 "key potential investors" at hand; all blanked out by Treasury.

Many of the latter were unacceptable, and one even proposed an "Allied [Finance]/Hanover [Finance] style transaction" described by Forsyth Barr as "completely lacking in substance".

"In the course of preparing the company's accounts in conjunction with its new auditors, it became apparent that the company would likely require significantly more equity [than the $27.5 million raised] to cover additional impairment provisions, likely to be required upon the finalisation of its interim results," Forsyth Barr wrote.

Of the 24 unnamed "potential investors" and their undisclosed proposals, several wanted Crown support, as liquidity within South Canterbury was problematic, and almost a third appeared interested only in access to some of the better assets; such as Helicopters (NZ) - which sold this week for $160 million - Scales Corp and Dairy Holdings Ltd.

The process had been "exhaustive, protracted and highly public" and would-be investors had "more than adequate opportunity" to complete a transaction during the preceding year.

• While South Canterbury was successfully and steadily steered through decades of agriculture and rural-based lending and investment by Timaru millionaire Allan Hubbard, its exposure to riskier lending during the property boom was its undoing; with its overall valuation at the time of collapse estimated at more than $2 billion.

South Canterbury had growing exposure to dairying, but more so in lending to property developers. When the property bubble popped, the debt-laden developers were unable to complete projects or make repayments.

Because of the previous failure of dozens of other finance companies, estimated to have cost investors $6 billion-$8 billion in losses, the Government had instituted an emergency retail deposit guarantee scheme, of which South Canterbury was the largest payout by far of eight failures it bailed-out.

Last June, the Government seized control of Mr Hubbard's affairs when then commerce minister Simon Power ordered Aorangi Securities, seven associated charitable trusts, and the affairs of Mr Hubbard and his wife, Margaret, to be placed in statutory management under the control of accountancy firm Grant Thornton.