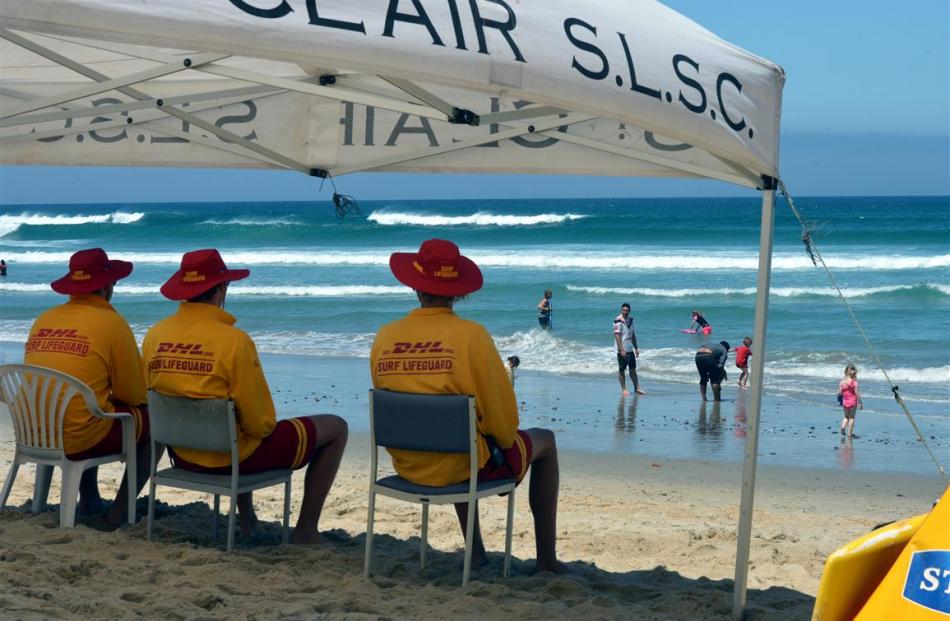 St Clair surf life savers are operating from a temporary pop-up tent as sand - and swimmers - are forced further down the beach.

St Clair Surf Life Saving Club head guard Cam Burrow said the club had been using a "pop-up'' tent, several hundred metres down the beach from its clubrooms as a base from which to monitor swimmers.

The western end of St Clair Beach had become "a no-swim zone, really'', as erosion stripping the beach of sand left behind only large rocks protecting the Esplanade's sea wall, he said.

The changes had left the area below the sea wall unsafe for swimmers and surf life-savers alike, which was "quite upsetting'', he said.

"It's just unsafe, due to the rocks and the rips and the currents and stuff. That area is just really a no-swim zone, really.

"It's quite upsetting for us. Our lifeguards are put in a dangerous situation where we might have to do rescues that we might not feel fully safe about.''

Swimmers were also following the sand further east, along the beach to Middle Beach and St Kilda, and St Clair's patrols were going with them, he said.

"Pretty much to try and find a safe place for the public to swim, we've had to move our patrol north of the piles.''

The tent was being used to give lifeguards and the public some shelter from the sun, he said.

That meant higher costs for the club, which was increasing having to use its quad bikes to transport more equipment along the beach each day, he said.

That increased the club's operating costs, and also raised questions about the future of the clubhouse at St Clair, "because we can't see the beach from our club anymore'', he said.

"Every year's going to be different.

"We could come back next year and we might have beach in front of the club and it won't matter.

"In terms of the club, it means we do have to do stuff a bit different now. We have to patrol in different areas, which we haven't done before.''

But Mr Burrow remained philosophical despite the challenges.

"It's just part of life.

"You can't defeat mother nature so we have just got to try to provide a safe place for the public to swim, really.''