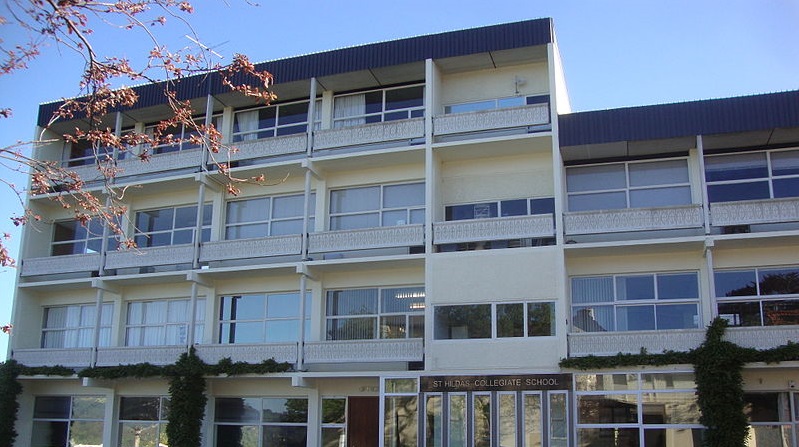 A document sent to parents by St Hilda's Collegiate School said three years of continuous NCEA assessments contributed to the high stress levels and anxiety among pupils. Photo: Wikipedia
A "fear of failure" among pupils is one of the reasons why a Dunedin secondary school has scrapped level 1 NCEA exams.

A document sent to parents by the school said three years of continuous NCEA assessments contributed to the high stress levels and anxiety among pupils.

A school survey found pupils were placing pressure on themselves and were afraid of failure.

Other factors that affected wellbeing were juggling multiple internal assessments at once as well as extracurricular activities.

However, one concerned parent said the proposed programme felt under-planned and parents were not properly consulted.

He believed dropping assessments and examinations would remove the method of objectively measuring the growth and success of pupils.

Although NCEA level 1 was not compulsory, he thought it was important that pupils be exposed to the system before level 2.

"I am concerned that this will be a retrograde step for a school that previously prided itself on academic excellence. Now it seems to be satisfied with mediocrity."

Mrs Maw declined to comment on the individual concerns raised by the parent.

NCEA level 1 resulted in many hours being focused on assessment and fewer on learning, she said.

By removing most NCEA assessments, the school could increase teaching time and
better prepare pupils for year 12.

There had been two rounds of parental consultation and parents were welcome to contact her with feedback, Mrs Maw said.

The process had been long and was not taken lightly.

"There has been robust and helpful discussion which will inform further development of our proposed year 11 programme."

Change could be difficult, but the programme was based on sound educational practice.

The document provided to parents said 52% of pupils believed only NCEA levels 2 and 3 were necessary.

NCEA level 1 did not provide entry into tertiary study or training, whereas NCEA levels 2 and 3 did and were therefore more important.

Parents and pupils would still be given timely and specific feedback on their learning so they were well informed of progress and next steps, the document said.

There would still be some exams.

If a pupil left school to enter the workforce it would not matter whether they had level 1 NCEA or not, the document said.

How is this generation going to survive when they get out onto the real world, with everything it throws at you, if they don't learn to take a few knocks now? Surely giving them the opportunity to learn some life skills on how to deal with situations is way better than wrapping them up in cotton wool.

Really? Education is saying, in the real world we are preparing you for, if you get a little stressed thats ok. You don't need to continue to learn or work, in fact we won't even educate you on how to manage tough times.

Ah yes. We daren't expose children to actual pressure. Those nasty exams are so darned hard, the way they test our knowledge of a subject.

If it was only exams then the kids would be relieved. Your comment reflects a lack of understanding of the NCEA system.