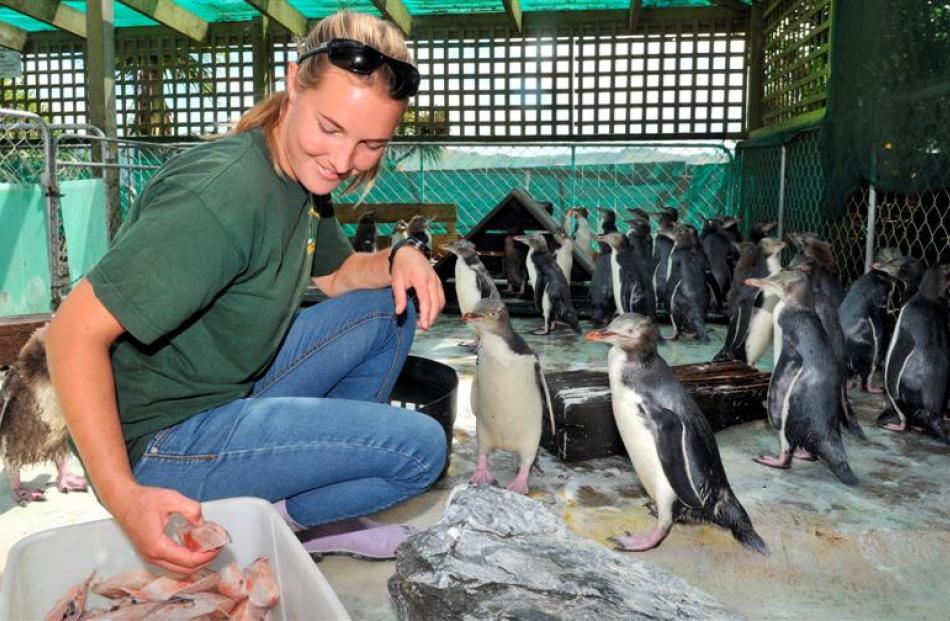 ''Some, when they first came in, looked awful. They were skinny and sunken-in,'' Penguin Place rehabilitation co-ordinator Julia Clement said.

About 80kg of fish is needed each day to help the penguins gain enough weight so they can head out to sea with a good chance of survival.

It is thought a lack of food at sea is the result of high sea temperatures, which means adults are coming back to feed their chicks less frequently - and with less food.

To help chicks and adults survive moulting, the Department of Conservation is removing chicks from the wild to allow for supplementary feeding, therefore giving them a greater chance of survival.

Supplementary feeding is being provided by Katiki Point Penguin Trust volunteers for 39 chicks in North Otago.

Penguin Place's penguin hospital regularly looks after about 100 birds a season, but this year's sudden influx meant having to double the size of its enclosure and provide more food.

Manager Lisa King said businesses and fishing companies such as Sanford, Harbourside Fish, United Fisheries and Talley's had been generous at short notice, but even more fish was needed.

''We urgently need more fish and would like to hear from fishing companies which can help.''

Ms Clement said the penguins were fed twice a day. That and cleaning the pens took two staff 2.5 hours each every day.

Some penguins had to be force-fed. Others were able to take food offered by hand.

The 80 penguins would continue to be fed until they weighed 5kg and were showing signs of being ready to go to sea, Ms Clement said.

They would then be released - probably later this month or in early March.