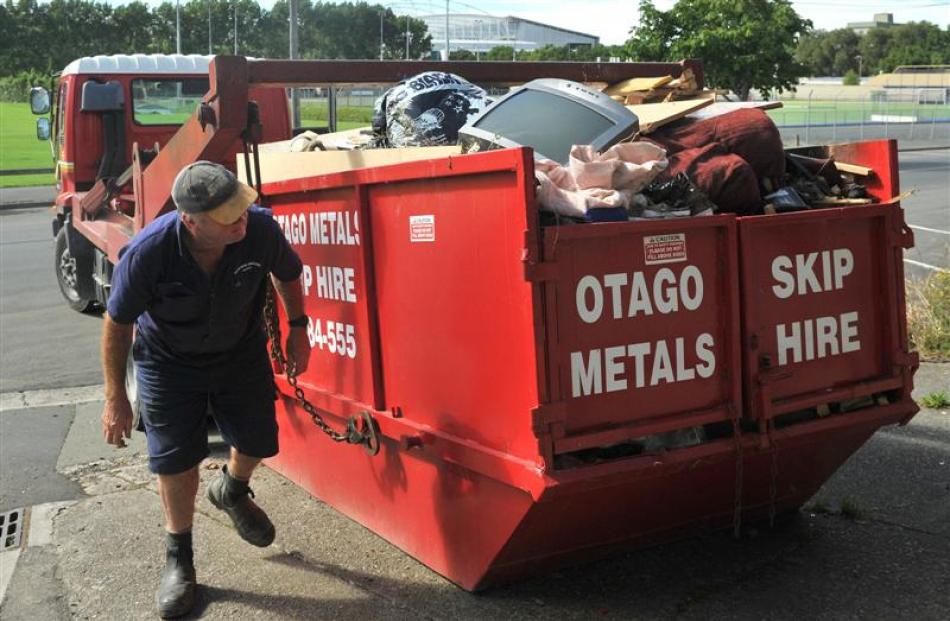 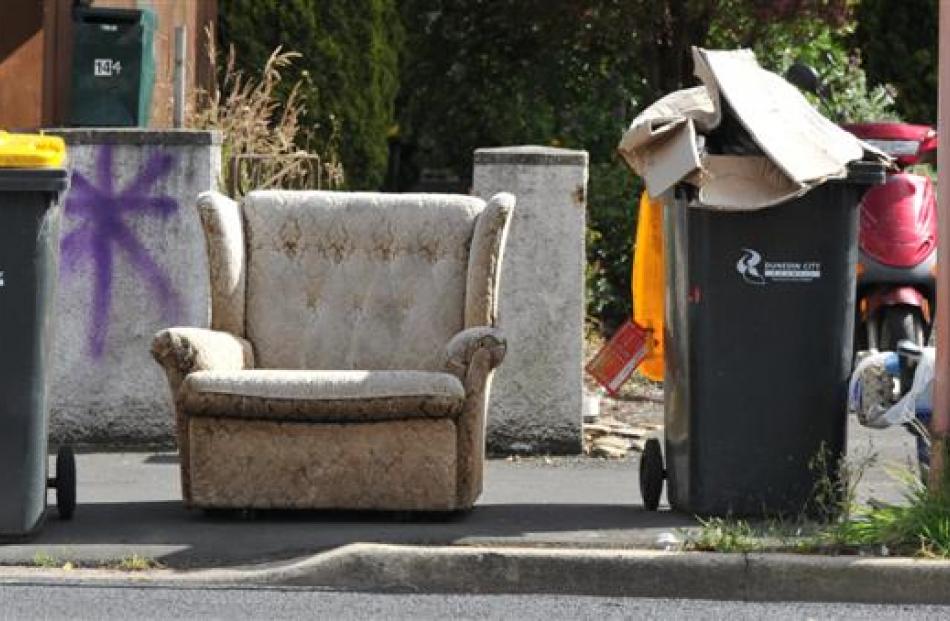 Rubbish pictured outside a Dundas St flat was among many piles left on the street in the student quarter seen by the Otago Daily Times last week. Photos by Craig Baxter.

The trail of rubbish left left on the streets by students and landlords in North Dunedin is a ''recipe for disaster'', a senior Dunedin firefighter says.

Senior Station Officer Lindsay Rae, of the Dunedin Central station, said the rubbish left behind by departing students and other tenants in North Dunedin ''becomes too much of a temptation to some of the more unruly members of the area''.

''They can't help setting things on fire, which of course is a total waste of our resources and a danger with regard to setting fire to [buildings] close by,'' Mr Rae said.

Those lighting fires using the discarded rubbish, which included furniture, electronics and bags packed with trash, tended to drag rubbish together to make ''bigger lots'', which was a ''recipe for disaster''.

Council solid waste manager Ian Featherston said the problem arose at the end of the academic year and around New Year, when leases finished.

It was not just students who were responsible for the rubbish strewn on the street.

''Quite a few'' landlords emptied out flats on to the footpath, in the hope the council would clean it up.

''They don't want to pay the tip fee so they leave it on the street.''

With Dunedin having a ''user pays'' rubbish system, it was not the council's responsibility to clear rubbish from the street and in the end it was up to the landlord.

If no-one could be located, it was up to the council to pick up the rubbish, which cost it about $50,000 a year across the whole city.

Rates would ''skyrocket'' if the council had a ''clean streets'' policy.

''It's up to the people who live in the area to take pride in their area and look after the place. They are just like any other resident ... and they should be treated that way.''