Dunedin's student radio is returning to its roots, broadcasting from a small and acoustically challenging storage room for the summer.

Since the start of the month, Radio One has broadcast from a small room in the Otago University Student Association’s (OUSA) clubs and societies building in Albany St.

It usual home across the road on campus in the University Union building is undergoing earthquake strengthening work.

For now, the station’s hosts are working remotely from the Otago University Tramping Club’s storage room.

All of the other services the OUSA, which owns Radio One, runs out of the union building have also moved to the clubs and societies building. 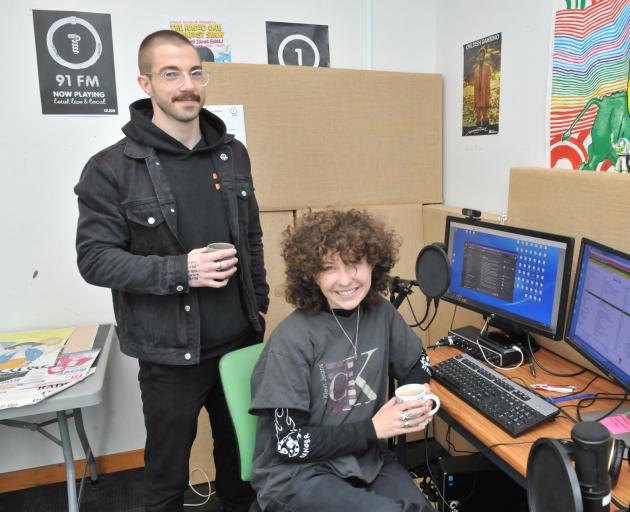 Radio One programme manager Tom Tremewan said it was a return to the station’s humble beginnings. It first went to air in 1984 from the OUSA’s former boardroom.

"It’s made us feel we’re really true to our roots as a student media organisation and especially an alternative student radio station."

The station had spread itself across the whole building, recording ads in a small music room while pre-recorded interviews were taped in a room next to the kitchen.

A dance studio had also been transformed into a office shared with staff from the university’s student magazine Critic Te Arohi.

Mr Tremewan said despite the acoustics and competing with the noise from a bus stop outside, staff and volunteers were enjoying the change of scenery.

"You get to rub shoulders with all the other staff members on campus and everyone is really enjoying it and enjoying the camaraderie."

The Covid-19 lockdown earlier this year meant the station was already prepared to broadcast remotely through the hardware still inside the station’s permanent studio, he said.

University Union Limited independent chairman Emeritus Professor George Benwell said the work had been scheduled for the summer break when most students were off campus.

As well the strengthening work, the project included upgrades to the commercial kitchen and general facilities as well as the installation of a new lift, which would improve accessibility, Prof Benwell said.