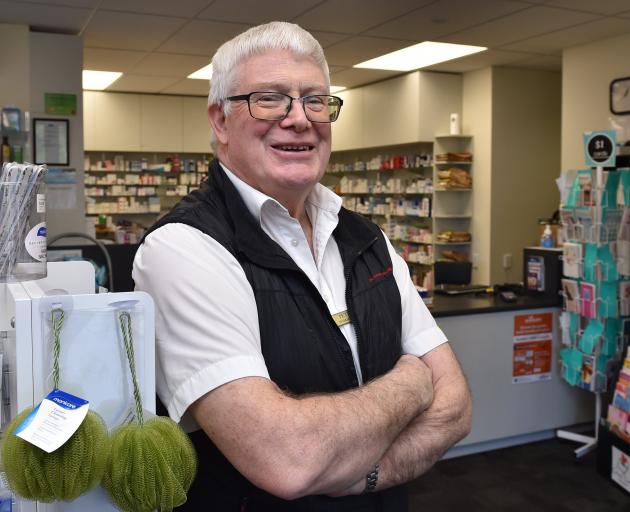 Prompted by a petition under way in the city calling for a poll of electors that could return Dunedin to a first-past-the-post system, Mr Barron, a former Southern District Health Board member, said he would call on Parliament to amend the Local Electoral Act.

The Waverley pharmacist said he had not finalised the wording on his petition, but he presented in favour of the proportional representation system at a Dunedin City Council public forum last month.

As calls for change to the way Dunedin votes continue through the city, he said he did not want the voting system to be up for constant debate.

"There can be no debate that STV [single transferable vote] is the most equitable, representative and powerful form of reflecting the wishes of the community at large," Mr Barron said.

Mr Barron said after speaking to Dunedin North MP David Clark, and consequently contacting Local Government Minister Nanaia Mahuta on the matter, an Otago Daily Times report of First Past the Post working group chairman Pablo Dennison’s petition circulating in Dunedin seeking a change to the status quo prompted him to start a petition of his own.

Unlike Mr Dennison’s petition, seeking at least 5% of those who were enrolled to vote at the 2019 Dunedin election, or 4674 voters, to demand a vote on the issue, a petition to the House of Representatives does not have a threshold of signatures it needs to reach before an MP can present it to Parliament.

At the end of July, the city council voted to continue with a single transferable vote system.

In February, in a submission to the justice committee inquiry into the 2019 local elections, the council identified the single transferable vote system as its preference for a national voting system for local body elections.

Mr Barron said asking the council to confirm the present electoral system of single transferable vote pushed the elected officials into a position that was technically a conflict of interest.

"It just seems to me totally inappropriate that the body that is sitting at the moment is then asked to make a decision as to how they will be re-elected," he said.

"I’ve always just regarded it as a dereliction of duty from central government. I think they just took the cop-out."

Those "aggrieved" by the system in Dunedin " feel for some reason" their chosen mayoral candidate was not elected, Mr Barron said.

A change to first past the post would be the first time the city changed how residents voted for the mayor and city councillors since the single transferable vote system was adopted for the 2004 local election that made Peter Chin the 56th mayor of Dunedin.

Mr Barron said he heard no push-back at all about proportional representation (Mixed Member Proportional (MMP) voting) being used at a national level.

While the Otago Regional Council uses a first past the post method, the Southern District Health Board is mandated to use the single transferable vote.

Quote: "There can be no debate that STV [single transferable vote] is the most equitable, representative and powerful form of reflecting the wishes of the community at large," Mr Barron said.
And yet, it has been around for over 150 years, has been used by numerous governments and councils around the globe, but now STV is in a distinct minority as a voting system.
STV remains globally and nationally very unpopular.
And then to have the DCC have the voting choice to maintain STV is, as you state Mr Barron, tantamount to a conflict of interest.
And you are right, MMP has had very little pushback. We held a public referendum to decide amongst voting systems, them we voted for our preference. Very democratic.
Dunedin people are unhappy with the STV system, so a change is called for. Whether that be MMP or FPP, the people should be the ones making the choice NOT the DCC. STV appears to work for the Health Board elective system for one reason only.....we're not voting for a Mayor or Prime Minister! STV is ineffective for placing one particular person at the head of a sometimes contraversial public organisation. People want their vote to count, not to be swapped about mathamatically.