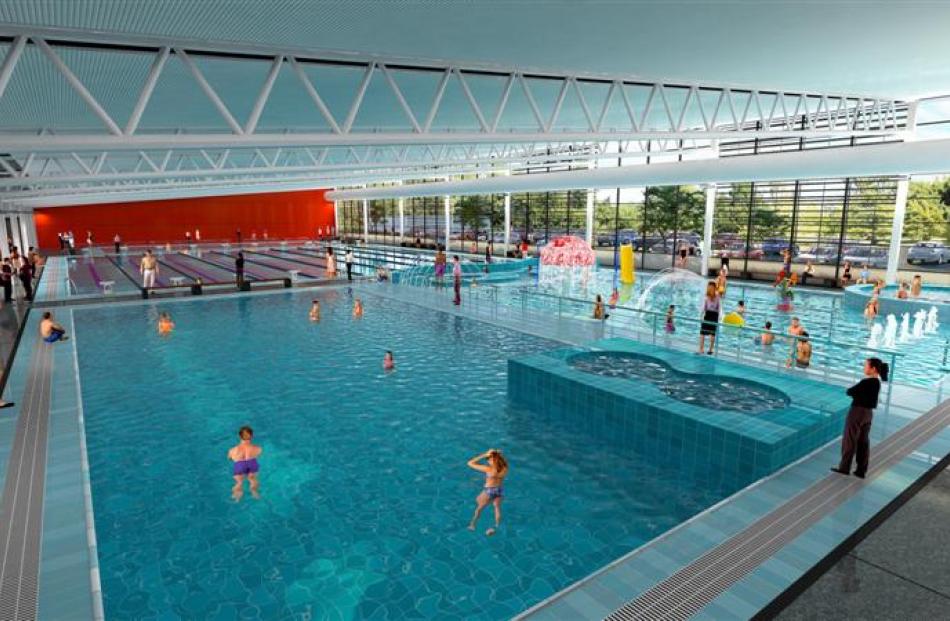 The Dunedin City Council's support for a Mosgiel aquatic facility means the project is one step closer to proceeding, but there is still ''a lot of work to be done''.

The council allocated a placeholder budget of $6million in the 2018-19 financial year for the facility at last week's long-term plan deliberations and a budget of up to $300,000 was approved for council staff to investigate project costs, design options and location.

Staff are to report back to the council by April next year, at which point councillors would choose how and whether to proceed with the project.

The Taieri Community Facilities Trust (TCFT) said the trust, which had committed to raising $7.5 million towards the project, was happy with the outcome.

''There is still a lot of work to be done, but it's certainly one step closer,'' TCFT chairwoman Irene Mosley said.

It would have liked the council to approve the ''whole'' project, but understood the financial constraints it was under.

''What it has given us ... is the mandate to sit down with council and discuss all this.''

The approval of a $50,000 loan to help with fundraising costs was also a positive, but given the size of the campaign and preparation required it would be up to 10 months before it began.

The four-pool option - which council staff estimated would cost $17.5 million - remained a line in the sand for the trust.

''Whatever we come up with needs to cover from toddler to elderly, because that's what the community is made up with and it's not fair that anybody misses out.''

The trust stood by its estimation a four-pool facility would cost $15 million and believed innovative ways of saving money on the project could be found.

Mosgiel-Taieri Community Board chairman Bill Feather said the council had made the decision the board had been pushing for.

''The council, through its decision, has acknowledged the need for a pool and the fact that it supports it.''

The next step was for the trust and the council to develop and sign a new memorandum of understanding to take the project ahead.

''It's still very much a partnership as I see it and both parties ... have an equal role in bringing this project to fruition.''

Having a new facility in Mosgiel would be good for all swimmers in Dunedin because it would free up much-needed space.

The proposal for the pool attracted widespread support among councillors, with only Crs Lee Vandervis and Jinty MacTavish opposing a motion to support it ''in principle''.

''What part of no money do you people here not understand?''

Cr Vandervis asked the other councillors who voted for the project.