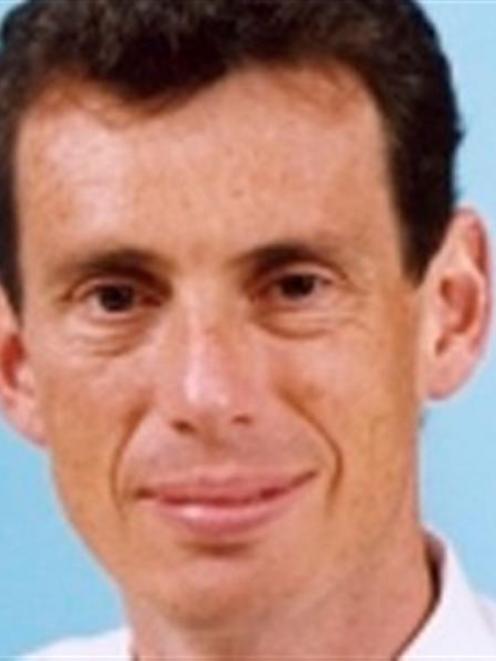 David Gwynne-Jones.
An orthopaedic surgeon is speaking out in frustration over excessive waiting times faced by Otago hip and knee-replacement patients, and says the region is not clearing a backlog of cases.

Associate Prof David Gwynne-Jones, of Dunedin, said he spent more time explaining the system to patients than talking about the operations themselves.

A backlog was not being cleared, orthopaedic surgery volumes as a whole were increasing, but hip and knee operation numbers remained largely static.

''It's very frustrating when you have a very straightforward intervention that can transform people's lives, and instead we have to mess around sending them back and forwards [to be] re-scored... instead of just getting on and fixing them,'' Prof Gwynne-Jones said.

Many patients did not meet the threshold, and some had to be told they might never qualify for surgery.

''There's a backlog of cases that need to be done in order to get to a level where we can offer patients treatment when they're at an acceptable level of disability, as opposed to an unacceptable level.''

Otago patients had to be more lame, and in more pain, to obtain major joint surgery because of a number of factors, including an older population, a high proportion of farmers (who are susceptible to arthritis) and previous under-provision creating a backlog.

His analysis of the situation, published in June in The New Zealand Medical Journal, was met with a ''deafening silence'' and the situation was deteriorating ''all the time'', he said.

''The real question is: what is an acceptable level of need? And I'm told every year by the registrars who come down from Auckland that any of the patients we're rejecting would walk into an operation in hospitals up north.''

His published analysis said there was health board funding for about 390 Otago hip or knee replacements, and an additional 335 were funded by ACC or privately, leaving ''unmet demand'' of at least 73 a year.

Compared with a few years ago, fewer knee and hip joint operations were being performed.

The national formula that determined regional funding compensated for Otago's older population, but underestimated its impact and should provide more compensation, he argues.

The figure included Southland operations. He rejected criticism of the funding formula.

Prof Gwynne-Jones said Mr Ryall ''conveniently'' chose 2007-08 for comparison, when fewer hips and knees were done because of lack of hospital resources.

Those who did not qualify for surgery were shunted back to their GP. The issues in Otago were likely to be present in other areas, too, but not in all, depending on the make-up of the population.