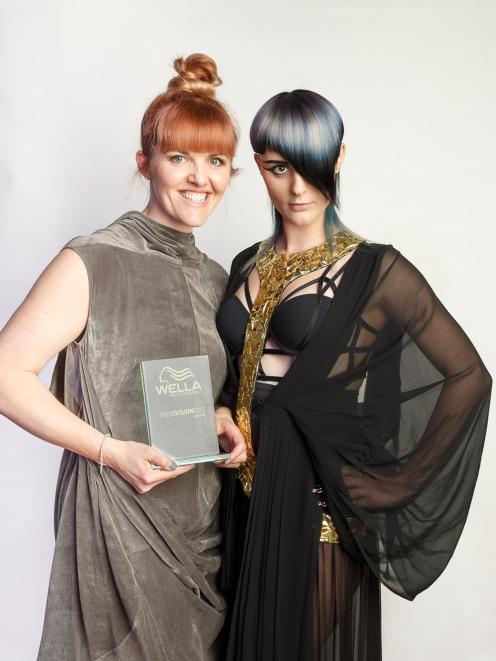 A Dunedin hairstylist has gone platinum, winning an international accolade at a hair competition held in London.

Competing against 83 finalists from all over the world, Mrs Hayes was one of two hairstylists from New Zealand to win a platinum award.

It was an achievement described as ``unprecedented''.

Mrs Hayes said it was ``surreal'' to be recognised by her industry peers in such high regard.

She realised how much of a privilege it was when she returned home and her clients were excited about her win.

``When I was overseas and everyone was going `congratulations' . . . it didn't mean as much coming back.''

She was inspired by avant garde stylists when creating her winning look.

``The ones that do ugly beautiful stuff.''

Combining a bowl cut and a mullet together was not something that was commercially wearable but was appreciated for the artistry and creativity behind it.

``There's an element of beauty but it's forward thinking and progressive, but it's not wearable stuff so it's art.''

Her look also had some element of skill in the colour application and she was asked why she had not entered the colour vision section.

She intended to enter it next year.

It was about the 10th time Mrs Hayes had entered the competition and the third time she had represented New Zealand.

This was the first time she had won the platinum award.