Switched-on company to stay in Gigatown 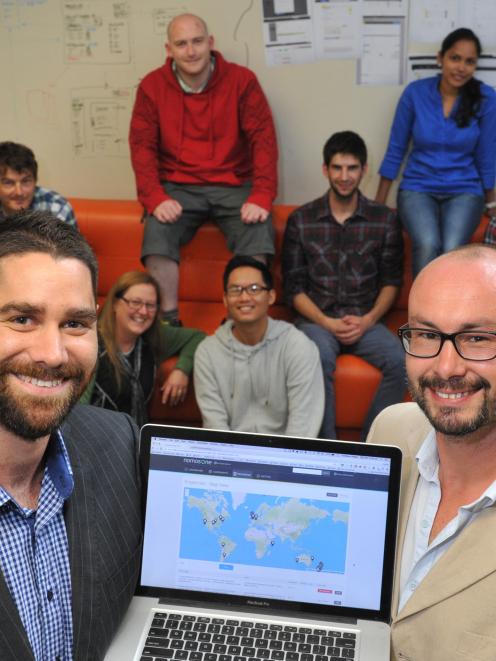 NomosOne uses a cloud-based system for its software for the property sector, and says gigabit speed broadband means the company and its 15 employees will stay in the city, and grow.

The launch of the service came as telecommunications infrastructure company Chorus predicted 60% of Dunedin homes and businesses would be connected to the fibre cable needed to access the service by June.

Both Chorus and the Dunedin City Council said talks to prioritise and increase the speed of the roll-out were ongoing.

Stringing cables on telephone poles, rather than running them underground, was one possible quicker and cheaper option.

Those connected to the service through their internet service provider should no longer have delays when streaming video, and will be able to download and upload content more quickly.

NomosOne director Jonny Mirkin said at a media launch yesterday his company developed software that allowed everyone involved in property leasing, from owners to lessees, lawyers, banks and valuers, to access information.

Because the majority of businesses were outside Dunedin, and outside New Zealand, a ''key struggle'' was getting information to people.

Clients liked to talk face-to-face, and having a stable internet connection meant more reliable ways to do that via the internet.

The company had signed up for ultra-fast broadband immediately.

It would also mean fewer trips overseas to do business, and would ''absolutely'' help the company grow.

The company was now certain to keep its ''engine room'' of people with technical ability in the city.

''We've made a strategic decision to keep all the clever people in Dunedin,'' Mr Mirkin said.

The percentage of Dunedin addresses connected to fibre cable necessary for ultra-fast broadband has been raised as an issue by the Digital Community Trust, the Dunedin trust working with Chorus on the Gigatown roll-out.

In December, trust chairman Peter Hills said 40% of homes had fibre in their street.

Mr Harris said yesterday that figure would be close to 60% by June.

That was the expected rate for the city under Chorus' plans, but Mr Harris said the company was working with the Dunedin City Council to prioritise and speed up the roll-out.

Chorus was expecting about 1000 connections to the new service by the end of the week.

Dunedin Mayor Dave Cull told the launch it was ''a pretty big day for Dunedin''.

Asked later about discussions to speed up the roll-out, he said: ''I know that one of the factors in speeding up the roll-out is whether the cable is buried or strung up on poles.''

He understood Chorus was talking to council-owned companies Delta Utility Services and Aurora Energy, and that might result in cheaper and quicker roll-out.