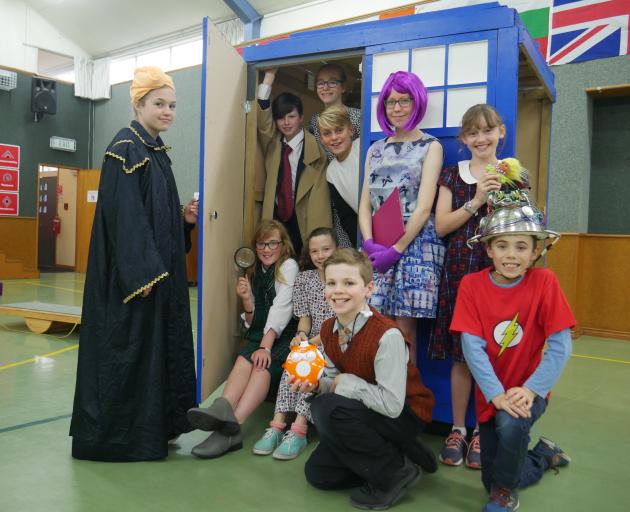 Quantum Leap is set to hit the Regent Theatre stage on August 29.

The show follows Luke and his school friend Sheldon’s adventure in a television set after Luke steals his uncle’s teleportation device.

Their trip takes them through television shows and movies including Smurfs, Minions, Trolls, Scooby Doo, Moana, Wreck it Ralph, The Lorax and Thomas the Tank Engine — which are created by different school classes.

Luke’s parents enlist the help of retired detective Nancy Drew and time lord Dr Who to help get the boys back, but the journey out of the television is not as straight­forward as it seems.

Each pupil in a main role had to audition in front of three teachers, including Ms Tudor, and other hopefuls.

Most said they were nervous about the audition beforehand.

Pupil Grace Le Brun said rehearsing for the show was ‘‘really fun’’ and the most difficult part was being in the right place on stage at the right time.

Others said learning lines and saying them with expression and getting into character were challenging.

The pupils have been rehearsing about five times a week, including on Sundays, and started at the beginning of term two.

Ms Tudor said the group was ‘‘very committed’’, especially as many of them had other activities during the week.