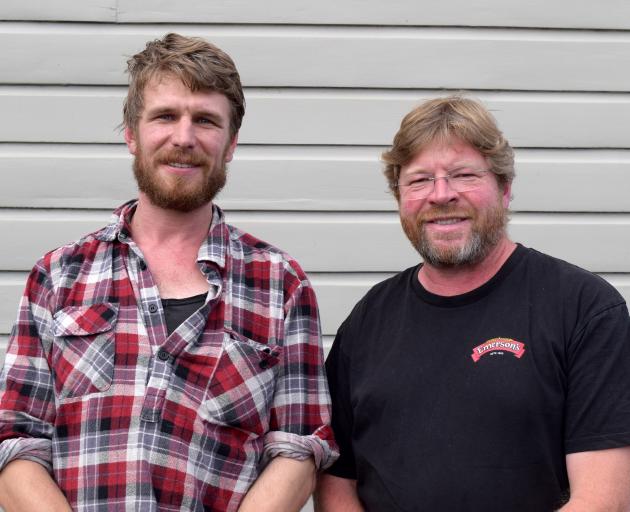 Project Steam chairman Clark McCarthy (left), of Dunedin, and treasurer Richard Emerson, of Middlemarch,. PHOTO: SHAWN MCAVINUE
It’s full steam ahead for a stage of a project to transport an historic railway carriage and two cattle wagons across Dunedin.

It would cost $3114 to transport the three rolling-stock items from Ocean Beach Railway in St Kilda.

Project Steam asked for $2800 from the board.

‘‘We’ll chip in to make up the difference,’’ Mr McCarthy said.

The carriage, built at the Hillside engineering workshops in 1902, required ‘‘major’’ restoration work, at an estimated cost of $25,000, excluding labour.

‘‘Luckily, the steel components are in good condition - it’s just a matter of the woodwork.’’

Project Steam had a long-term vision to run a ‘‘tourist train’’ between Middlemarch and Sutton, he said.

If the vision was never realised, and the rolling stock became part of a standing display in Middlemarch, it would still be ‘‘an asset to the community’’.

Board member Jock Frew moved the board give the $2800, board member Blair Dale seconded the motion and all voted in favour.