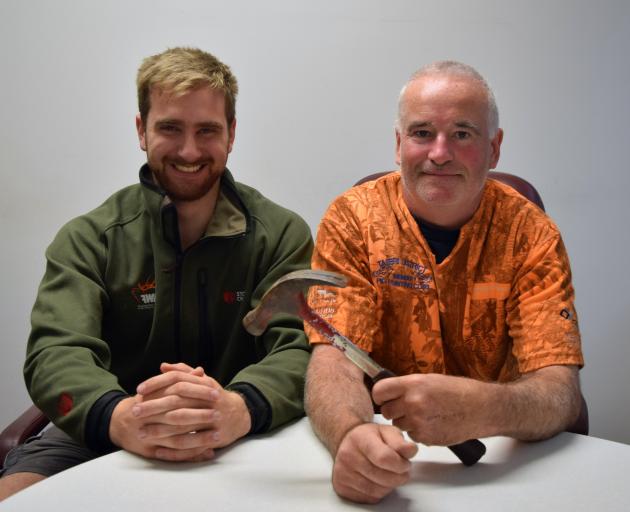 Pool builders - individuals, families or businesses - have been asked to give $5 a week for two years.  Donations of $500 or more will be acknowledged on a pool builders’ wall in the new facility.

In a series, reporter Shawn McAvinue talks to Dunedin residents about why they became ‘‘pool builders’’.

The best accompaniment to wild pork is a pledge to get a new pool built in Mosgiel, a pig hunting club says.

More than 100 people competed for prizes including the biggest pig and the boar with the best jaw.

The club selected the trust as a recipient because many of the club members had children using Mosgiel Pool.

When it was sweltering on the Taieri, the "not very big'' Mosgiel Pool was "chocka'' and a hot horde of people had to travel to Outram Glen for a cool swim.

Building a "decent'' aquatic facility with a greater capacity for bathers was a "great idea'' so the club decided to chip in to try to make it a reality.

He encouraged more people to become pool builders and help the trust in its bid to reach a $3.2 million fundraising target by Christmas.

Club member Dave Gillies, of Mosgiel, said he was a novice pig hunter and had "helped wrestle'' a 50kg boar and then carried it out of Berwick Forest.

The appeal of the sport was the "thrill of the chase'', plus it was a great form of fitness.

Mr Burrell said the club was more than 20 years old and had 30 members - a mix of men and women - mostly from the Taieri.