Singer in US for world championship 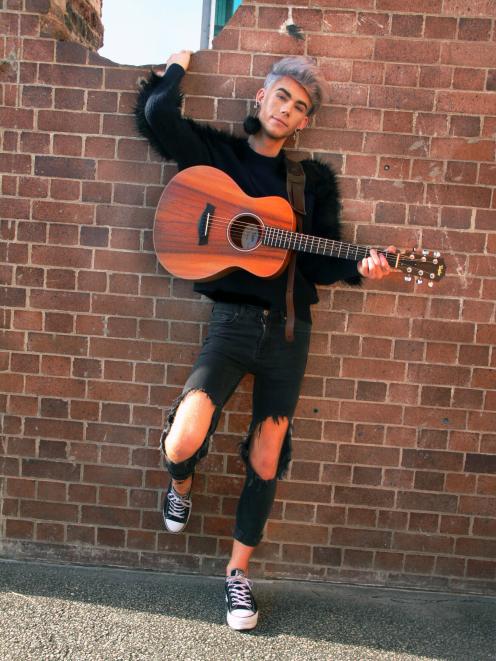 A Mosgiel singer is in the United States and set to"belt out powerful songs'' and chase down a dream.

Haze Harrington (21) is part of "Team New Zealand'', which is set to compete in the 22nd annual World Championship of Performing Arts in Hollywood.

The former Taieri College pupil auditioned for the team in Dunedin in November last year.

The team of about 20 performers departed from Auckland on Monday for the event, which began on Friday.

In the 10 days of "Olympics for performing arts'', he would compete against artists from more than 60 countries, he said.

Prizes included record deals, contracts with a modelling agency and scholarships worth up to $300,000.

To raise the money, he busked and worked four jobs in hospitality and retail in Brisbane, where he has lived for nearly a year, chasing a career in music.

Raising the money was "super stressful'' but his dream motivated him to work long hours.

"If I don't do this, I could have lost an opportunity.''

In the competition, he would perform his original song You're Mine, French DJ David Guetta and Australian singer Sia's Titanium, Barbados singer Shontelle's Impossible and Top of the World, by American country music band the Dixie Chicks.

"I've picked powerful songs so I can belt them out and make the judges go 'wow'.''

His luggage for the trip to California included his guitar and "amazing outfits'' such as ripped jeans, a jumper with furry sleeves and one "dangly fluffy ball'' earring.

His parents, siblings and grandparents all lived in Mosgiel and were supporting him in the pursuit of his career.