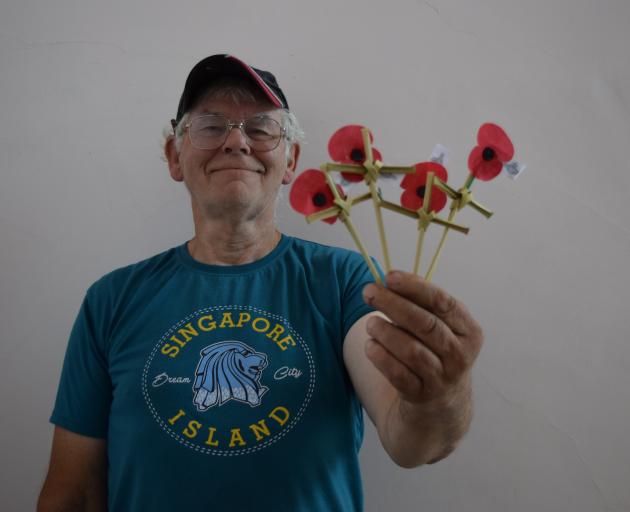 He left Dunedin on a two-month solo sojourn yesterday.

The focus of the trip was to visit the grave of his uncle, George Osmand, in the Cesena War Cemetery in Italy.

His uncle was raised in Dunedin and died in battle during World War 2.

The idea for the trip came from visiting Toitu Otago Settlers Museum with his late mother about eight years ago and seeing his uncle’s name and final resting place included in an exhibition.

‘‘I put the details in a drawer and thought ‘one day’ and the day’s arrived.’’

Packed in his luggage were about 20 Dolores Crosses woven from New Zealand flax.

The Dolores Cross Project is a not-for-profit memorial initiative launched in 2008. The aim of the project was to pay tribute to about 30,000 New Zealand military personnel buried on foreign soil with a handmade tribute.

Other highlights of the trip include staying with friends on a houseboat in Amsterdam, the Egyptian pyramids, Israel, Paris and the Suez Canal. He will also visit Auschwitz concentration camp in Poland.

On the return trip, he will stop at the Gold Coast in Australia in April to celebrate his 70th birthday with his four daughters and nine grandchildren.