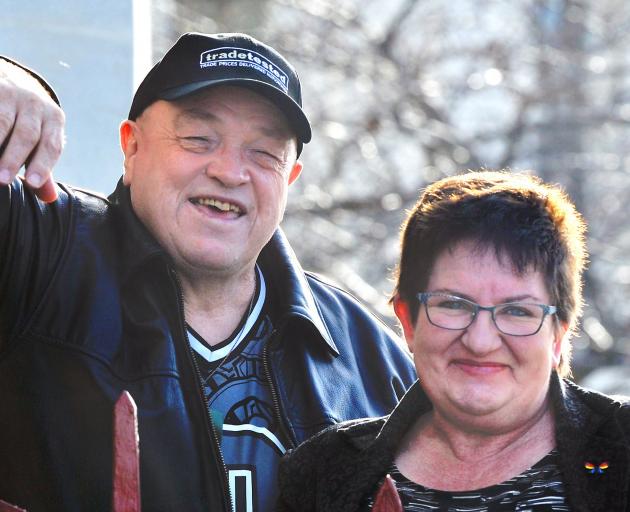 Arthur Taylor and Hazel Heal are gearing up for the release of Mr Taylor’s book on Tuesday. PHOTO: CHRISTINE O’CONNOR
Hazel Heal’s advocacy for career criminal Arthur Taylor has thrown the Dunedin lawyer into the national spotlight, and changed her life in a multitude of ways. Before the release of Mr Taylor’s new book, Daisy Hudson spoke to her about her decision to let the notorious jailhouse lawyer move in.

They made an odd pair.

One was a 50-something Dunedin law student and hepatitis campaigner who survived her own brush with the disease.

The other, one of New Zealand’s most notorious career criminals, repeat prison escapee, and prisoner rights advocate.

It was the latter, and a deep, shared sense of social justice, that brought Hazel Heal and Arthur Taylor together.

She was working for Heritage New Zealand in 2014. As she looked out at the University of Otago from the Otago Museum cafe one day, a lightbulb switched on in her head.

Despite being extremely ill with hepatitis C, she decided she wanted to study.

"It was a changing moment."

Her partner Rob was supportive, and off she went to law school in 2015. 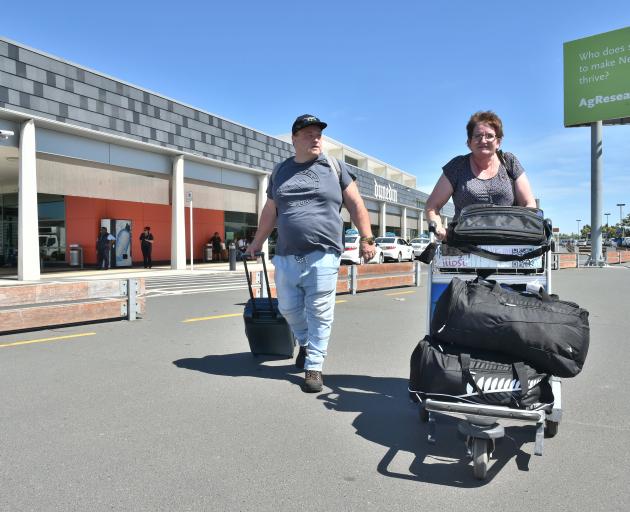 There have been many ups and downs since Arthur Taylor arrived in Dunedin in 2019 to live with Hazel Heal. PHOTO: GREGOR RICHARDSON
By the time she reached her second year, she had been cured of hepatitis C by medication sourced from overseas.

One of the first things students learned about in their second-year public law studies was Arthur Taylor.

"I’d heard of him, but vaguely, very vaguely."

At the same time she was struggling to get permission from the Department of Corrections for a hepatitis testing and treatment programme inside prisons.

Who better to contact for help than a high-profile prisoner rights advocate?

From that point a correspondence between the pair about legal issues began that would last more than a year.

By mid-January 2018, Ms Heal had been added to his phone list and they were talking daily, her pacing up and down the length of her lounge as they discussed legal cases and planning.

Still, it’s a big leap to go from 15-minute chats over the phone to having a man with a rap sheet longer than his arm coming to stay.

"I was seeing someone who was doing a lot for other people, and giving back a lot," she said.

She believed he needed to get out of prison, and one of the major barriers to that had been finding a stable address.

That was something she and her partner could give him.

It’s a far cry from the concrete cells that kept Mr Taylor penned in for most of his adult life.

It’s also a far cry from the chaos of his release day in early 2019, which was the first day they met in person.

She recalled seeing him using a pair of cellphones that evening, and thinking it was amazing how he could use them after so many years inside.

Not realising, of course, that Mr Taylor was somewhat of a pioneer in the art of concealing devices in the confines of a prison cell.

On that day, she was asked bluntly by a journalist if she was crazy for taking him in.

She had been given warnings by others about his character.

"I’ve since become aware of the myths and legends and stuff that swirls around him," she said.

"There’s an absolute wealth of rubbish out there about him. I trust my own judgement better than others’."

That’s not to say she’s naive.

She knows he has done plenty of wrong.

Her association with Mr Taylor has changed her life in innumerable ways.

Once camera-shy and, well, just shy in general, Ms Heal has had to get used to considerable media attention.

She has had to support him as he transitioned back to normal life, getting him set up with a doctor, with Work and Income.

"When he first got out, his self-protection mechanisms were really hypervigilant, and he was very aware of it.

"It’s not for the fainthearted, I’m very adventurous. My partner and I say Arthur’s the biggest adventure we can have without leaving home."

There have also been rocky patches. Mr Taylor has been recalled to prison twice, and has drugs charges still before the courts.

He was bailed back to Ms Heal’s property, where he lives in a tiny home.

Over the past year the pair, along with journalist Kelly Dennett, have been busy working on Mr Taylor’s new book.

Out in the world on Tuesday, Prison Break details Mr Taylor’s colourful life in his own words.

Sitting in a busy central Dunedin cafe with the pair, the conflicts between Mr Taylor’s old life and his new one are clear.

He has to pop across the road after coffee to the Dunedin District Court to ask for a variation to his bail conditions, so he can attend his own book launch.

He gets on well with the cops down here, he says. Not like up north.

It’s one of the many things he likes about the city. He had only briefly visited Dunedin once before, and under very different circumstances.

That was at the end of 1975, on his way north after breaking out of borstal in Invercargill.

He began writing Prison Break while living in Wellington, and finished it at Ms Heal’s.

With its release imminent, he says he knows what Sir Edmund Hillary felt like after "knocking the bastard off".

It’s also a relief for Ms Heal, who hopes the book will dispel some of the nastier legends that have built up around her boarder.

Despite the rollercoaster, she has no regrets about taking him in.

"He’s a legal savant, and that’s just such an interesting thing to live with.

"It’s been full-on at times, but we’ve become a whanau. It’s like having a rascally uncle on the marae."