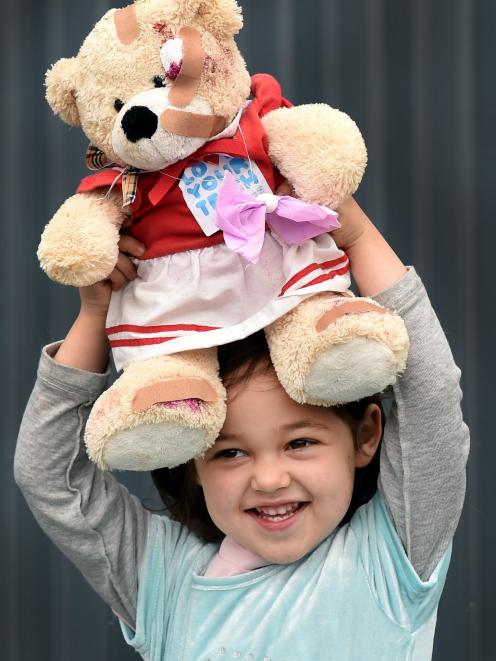 The South Dunedin Community Network — which had run the event alone last year — worked closely with the Caversham Community Group to organise the hospital for the second time, at the school in South Rd, Caversham, on Saturday.

Network manager Robyn McLean said it was a ‘‘wonderful event designed to help children familiarise themselves with services they may receive at the doctors or dentist’’.

The gathering was also supported by students from both the University of Otago and Otago Polytechnic.

Ms McLean said oral health, nursing and pharmacy students had been given the chance to practise working with children.

The event also included a free sausage sizzle and activities.

Caversham group member Tony Culling said the group was happy to help with the event and its associated community-building work.

The school was a polling place for the general election. The community network also offered South Dunedin residents a chance to vote informally for preferred priorities for community building projects in the area.

Dr Angela Clark, of the University of Otago School of Dentistry, said it had been a ‘‘just really fun event’’, and good for participating tertiary students as well as for her daughter Santia Throp, whose teddy bear had been extensively bandaged.