A concept design image for the new Dunedin Hospital buildings. The design continues to be refined and further changes to the facade are likely. IMAGE: SUPPLIED
The New Dunedin Hospital development may extend to a third site in the central city.

Back-up power generators and services such as food and cleaning could be located in an ancillary building in Bow Lane, across the street from the planned inpatients building.

That could free up space, potentially creating a better design for ambulance movements and options for parking. 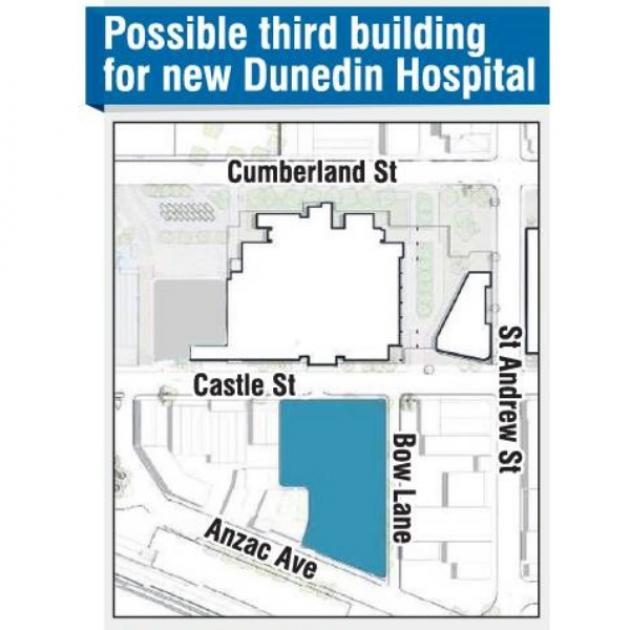 The ancillary building could be built on the Cadbury site, but the Ministry of Health is looking into moving it to Bow Lane.

The ancillary building — wherever it is located — will service the two main buildings.

Mr Barns said a separate ancillary building had been "in the thinking" for some time, but the possibility of locating it in Bow Lane was a more recent development.

The Bow Lane option could lead to a less cluttered design and make it easier to expand clinical areas, should the need arise in future.

However, the overall project is likely to exceed its $1.4billion budget and it remains to be seen if the Bow Lane option can advance without exacerbating cost pressures. 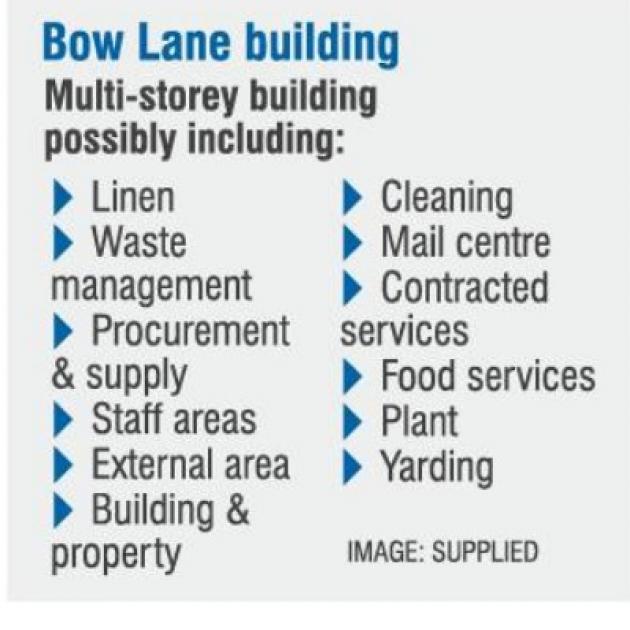 The overall project is already likely to include two elevated bridges across St Andrew St, linking the outpatients and inpatients buildings.

If the Bow Lane option is favoured, another bridge would be needed across Castle St — linking the inpatients building with the ancillary building.

The hospital project has picked up momentum in recent weeks.

Indicative drawings and a site map were released last week and the governance structure for the project has been overhauled.

Consent was granted to demolish buildings at the former Cadbury buildings earlier this month.

The former Wilson Parking site is expected to be cleared by Christmas.

Final details of the business case for the development are expected to go to the Cabinet for approval early next year.

The Ministry of Health has applied to speed up the consent process for the new hospital.

If approved, the project will be one of the first to take advantage of the Covid-19 Recovery (Fast Track Consenting) Act, passed by the Government this year as part of its pandemic recovery package. 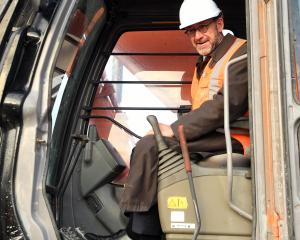 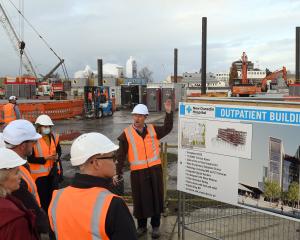