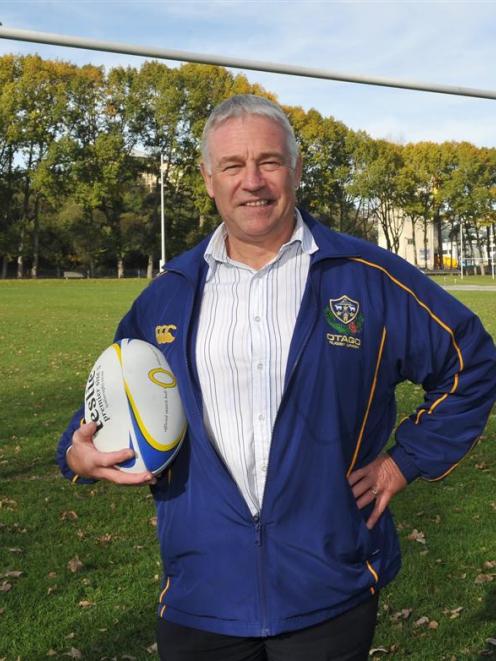 Mosgiel man Richard Perkins has played a key role in its recovery.

Mr Perkins, the community services manager of the ORFU, has worked tirelessly to get the union back on its feet.

After the meltdown it was forced to shed staff and now has 10 full-time employers and two part-time staff.

Mr Perkins has been the workhorse for the organisation and during the rugby season he works seven days each week and at least 12 hours each day.

''It's very busy during the rugby season,'' he said.

''You have got to be available to volunteer people who have their day jobs. There is a lot of after-hours work.''

He is the knowledgeable member of the staff and has a good grasp of what is needed to make rugby in Otago thrive.

''I'm just one of the staff who are doing a bit of extra work,'' Mr Perkins said.

''The same volume of work is coming in and being managed by less staff.''

Mr Perkins works with volunteers from rugby clubs and schools.

''That's how I can manage to keep my head above water,'' he quipped.

''I work with the many great volunteers we have in the sport of rugby in town and country who run the game across the province on our behalf.''

The passion of the volunteers gives Mr Perkins the energy to keep going.

''I love the sport and get spurred on by those people,'' he said.

''I'm the mail box for our volunteer groups and committees. A lot of the stuff from clubs comes to me and I circulate it to the sub-committees who come back with their decisions.

"They have a duty and responsibility and it gives them some power. If you take away their power of decision-making they will ... tell us to do it ourselves.''

Mr Perkins grew up in Dunedin and was educated at St Edmund's then St Kevin's College in Oamaru from 1973-77. He was in the First XV in his final year.

He played for the Dunedin club as an openside flanker from 1978 to 1987 and then became a player-coach for West Taieri for seven years.

He worked as an assistant land registrar for 23 years before joining the Otago Rugby Union in 2001.