I was an apolitical student at Otago University when the 1981 Springbok tour was announced — looking forward to the All Blacks getting some revenge after consecutive series losses in South Africa, writes Michael Laws.

Anti-tour sentiment on campus and in Dunedin was overt and organised but most rugby followers regarded such dissent as misguided and misinformed. Nevertheless we considered that protesters had the right to protest so long as we had the right to watch the games. A live-and-let-live mentality pervaded. 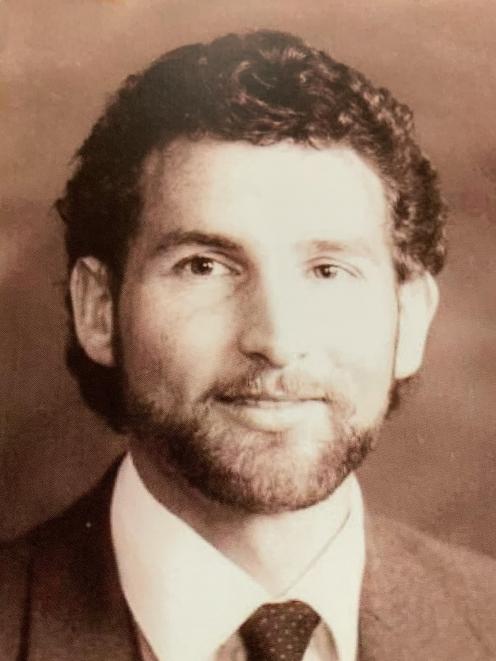 That all changed when the Waikato game was abandoned in Hamilton. In an instant, hundreds of pro-tour students gathered in the university’s common room and, somehow, I became their elected president. We formed the pro-tour group SCRUM which meant well, nothing really. But it was preferable to RUCK or MAUL.

The next couple of months became sheer devilment — a hugely entertaining diversion in which our group matched Hart and SATT (Students Against The Tour) on campus but also took the political fight to the wider Otago community.

Although there was a philosophical view that sport should not be used for political ends, most of us considered anti-tour protesters to be hypocritical liberals. We pointed out the systemic racism and human rights abuses in other nations with whom we shared sporting contact, but white racism was somehow worse.

NZUSA sent a flying squad down to Otago to assist local activists after SCRUM successfully overturned all anti-tour policy on campus. To make matters worse, OUSA had even ended up catering for the hyper-active Red and Blue Squads when they policed the Otago-Springboks game.

But one of our number was a cleaner, had a skeleton key to the Hart/SATT offices, and discovered NZUSA plans to literally ‘‘spy’’ on myself and other SCRUM members. When we released those papers to the media, there was national coverage and an embarrassed OUSA passed a motion censuring their national body.

For all the intensity and emotion of the time, I think protagonists on both sides engaged each other with pretty good humour. We respected each other and even drank together at the Captain Cook. Indeed our SCRUM vice-president ended up dating a Hart publicity officer. Love will find a way!

My old sparring mate, Critic editor Chris Trotter, made the observation that the Springbok tour atomised campus activism for a generation. I think that’s right: the white hot intensity of those days burned like a meteor and then disappeared as quickly.

I look at South Africa today and know that few anti-tour protesters believe that poor country is any better than it was in 1981. Therein perhaps lies the truest tragedy.

Which poor country being any better off now are you referring to? Like most things kiwis do, they only matter to a few kiwis for a short time. Most people couldn't give a toss, now or then, about boycotting a rugby game. It's a game. Kiwis need to stopp overestimating their importance in the world. We are a sleepy, back water country in the south Pacific. Most of the worlds population couldn't find the country on a map. Most couldn't care what cause the population will fall on the sword fall. Stop propagating the belief we "punch above our weight" because it's total BS.

Maybe, but like it or not we made a difference back then. White South Africans were shocked by the upheaval the tour caused. Nelson Mandela alleged it gave him a lift whilst in prison.

For someone adopting the name "Red_Pill" I've never struck anyone more "Blue_Pill" in outlook in my life
Your posts suggest strongly that you are not Kiwi born, you sound like someone who misses their country of origin deeply. May I suggest you go back to it, increase the average IQ of both NZ and your home country at the same time.
Most kiwis do care about issues on a long term basis. Every kiwi cared one way or the other about the 1982 Springbok tour and still do. Most kiwis had a view on our nuclear free status and still do, and without a doubt the world stopped and listened when these things were going on.
There maybe a few countries (and the USA would be the leading one) where citizens on the street wouldn't be able to point to NZ on a map, but they are a minor player in terms of world population. Most of Europe, most of Africa and most of Asia would have no such problem.
Your belief that Kiwis are deluded in believing that our country punches against our weight is further evidence of your "Blue_Pill" status. The truth is shown in almost every international indicator that exists. We are demonstrably world leaders in most things that are valued in the western world.