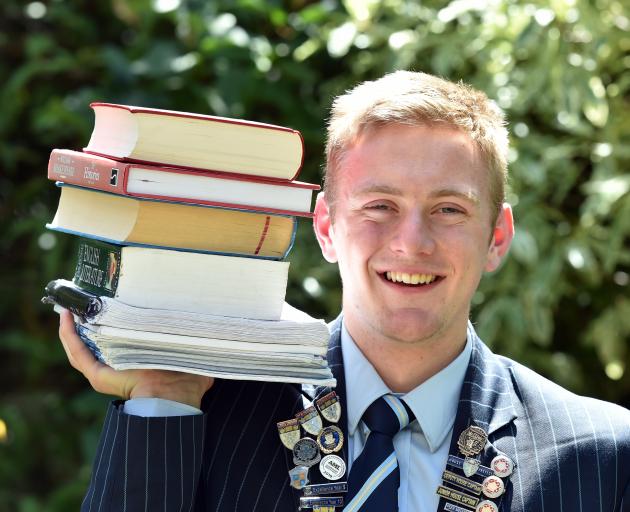 Last year, the 17-year-old gained NCEA level 3 with excellence endorsements and university entrance, and was listed as one of the top 12 New Zealand Qualifications Authority scholars of 2019 — all while still in year 12.

"After the exams, individually I reviewed how I thought I’d done in each of them and thought I hadn’t done enough.

"Finding I had was a pleasant surprise. I’m elated."

He said inspiration for his achievement came from former King’s pupil and dux William Scharpf, who was a premier scholar in 2018, and the school’s scholarship programme, which was extending the academic abilities of pupils — especially those in lower age groups.

George is now more than qualified to study at university this year. However, he has decided to return to King’s High School for year 13, like other pupils his age, so he can become the school’s head boy.

It would be a great chance to expand his leadership skills, and also give him a year to study some subjects of interest he did not have time for last year, he said.

This year, he is studying earth and space science, history and Spanish, and is particularly looking forward to te reo Maori.

2138 of them being awarded one or more scholarships.

NZQA assessment deputy chief executive Kristine Kilkelly said the scholarship exams were regarded as the most prestigious secondary school awards in the country.

“It is designed to challenge the very best students and offers financial rewards for those going on to full-time tertiary study in New Zealand.”