Tragedy an inspiration for mother 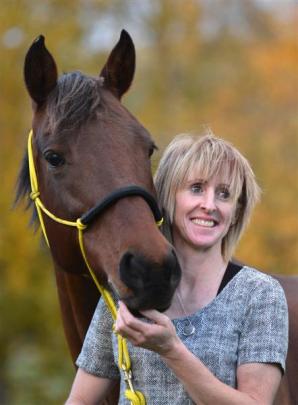 Susie Latta, of Nenthorn Valley, with her horse Tkiwa, has made the New Zealand endurance team. Photo by Peter McIntosh.

Susie Latta does not have to look hard for inspiration to help her endure a sport which takes up more than nine hours at a time.

Latta (44) has been selected in the New Zealand endurance riding team to compete at the World Equestrian Games in France in August.

The Nenthorn Valley farmer will make her international debut. Riders are required to cover a 160km course on one horse.

Latta is the mother of the late Dion Latta, a 15-year-old schoolboy who died after being trapped in a waterfall near Wanaka in early 2012.

On some chilly winter mornings, the thought of her late son motivated her to go out on her horse.

''There are definitely days when it is cold but you still jump out of bed and want to make the most of the day,'' she said.

''What happened has made me get out of bed.''

Latta dabbled in other equestrian events before taking up endurance riding about 15 years ago.

But it was not until she bred her now 10-year-old horse Tkiwa, an Arabian-standardbred cross, that she really started getting serious.

''I remember the guy that broke her in said she is a bit of trouble but if we can break her in she will be a bloody good one.''

Latta and the horse then never looked back.

''I love it. We have rides throughout the season and training rides of 80km.''

The family farm in the Nenthorn Valley - inland from Palmerston - is isolated. The nearest shop is 50km away and she has a house cow for milk and hens for eggs.

But that remoteness has not restricted her progress in the sport.

A special one-off race was organised in Taupo for qualifying for the world championships. Latta finished second. Her time of nine hours and 25 minutes was well inside the 10-hour qualifying mark.

The world championships, a team event with the three of the best five times counting, will be held in Normandy, France.

Horses canter over a six-loop course travelling about 16 or 17kmh and are subject to regular veterinary checks.

So does more than nine hours on a horse ever get boring?

''Not really. You're always thinking about stuff, looking at what is happening with the horse and where you are going. You're totally focused, in the zone, concentrating on what is going on.''

The only drawback to the trip is the cost - $60,000 to get her horse to the championships. Many of the New Zealand riders will sell their horses in Europe to pay for the trip but Latta does not want to do that.

''I want to bring her back home. I am determined to get her back here. I will get the money somehow.''