Travel overseas is finally taking off 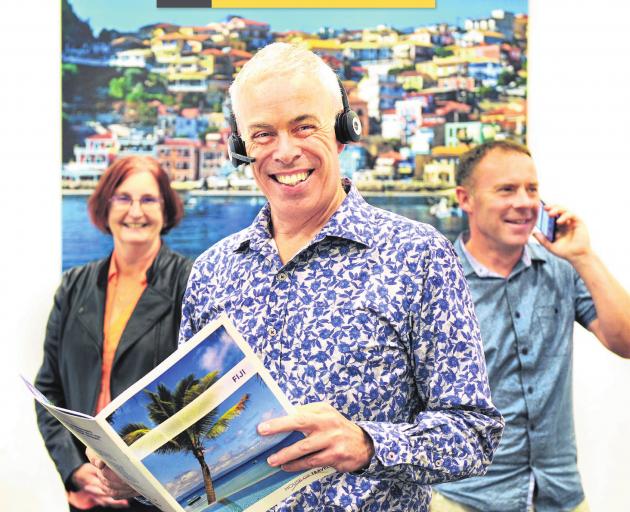 Business is booming for travel specialists (from left) Rachel Carr, Gary Harley and Paul Reid, at House of Travel Dunedin branch yesterday afternoon. PHOTO: CHRISTINE O’CONNOR
Overseas travel is back on the menu for many southerners as one travel agent says business is the best it has been since the pandemic began.

House of Travel Dunedin manager Tony Boomer said business had been thriving since the Government removed the need for a stay in managed isolation and quarantine for international travellers.

"We’ve had our busiest two weeks in two years."

Fully vaccinated New Zealand citizens have been able to return to the country without having to self isolate since March 4.

A wide variety of destinations were proving popular.

"Australia is part of that, Rarotonga is in the mix, Fiji is starting to become dominant. There’s a lot of people going back to the UK to visit friends and family, and the US."

While the first wave of bookings had come from the visiting friends and family market, bookings for traditional leisure travel locations like the Gold Coast were now starting to pick up.

The changed rules were a lifeline for an industry which had endured two years of pain, and travel agents were looking to get back on their feet.

"We’ve stuck with it, we’re still here, and now we can see light at the end of the tunnel."

As for those who were champing at the bit to get back on a plane, Mr Boomer said they were "delirious" with excitement at the prospect of travelling abroad again.

"It certainly feels like there’s a whole heap of demand at the moment."