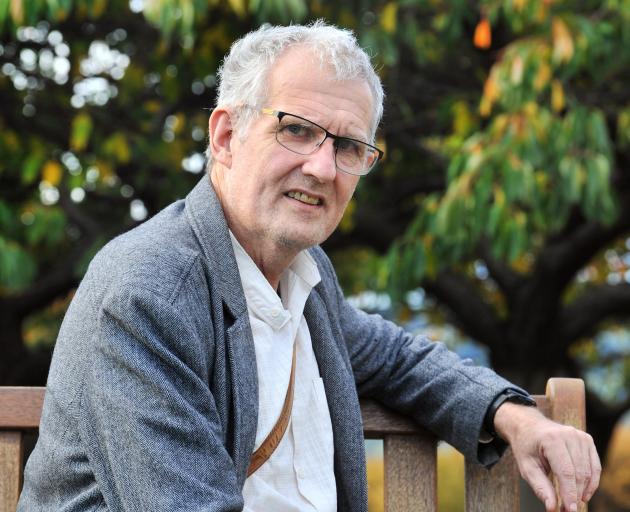 Steve Carr has endured a series of disappointments with the diagnosis and treatment of his cancer. PHOTO: CHRISTINE O’CONNOR
Two years ago, after his first throat cancer diagnosis, Steve Carr had nothing but praise for his treatment through the Southern District Health Board.

Now his cancer has returned, but since September last year a sorry sequence of misdiagnosis, missed opportunities and mishandled appointments mean this has been a very different experience for the 63-year-old Dunedin taxi driver.

"Initially, they fixed me up and it was all good, but since then it has been an absolute disaster, with just one thing after another that they have screwed up."

On Monday, it was revealed that the SDHB’s cancer waiting lists are the longest they have ever been, with 157 people lingering for weeks more than they should for diagnosis and treatment.

The board acknowledged the waiting list was more than double the optimum level and pointed to access to medical imaging and staffing issues as reasons behind the blowout.

but he started to feel unwell again nine months ago.

The response to requests for follow-up scans was that his symptoms were normal.

At the start of this year, Mr Carr discovered a lump in his tongue, something initially misdiagnosed as a blocked salivary gland and nothing to worry about — a misapprehension which took three weeks to rectify.

Once the lump was classified as suspected cancer, waiting lists and delays bedevilled Mr Carr.

A planned MRI scan never happened, and would now be of no therapeutic use.

Mr Carr went to hospital for a booked CT scan only to be told that his appointment had already been cancelled — a letter to tell him arrived two days later.

"To be fair, I got to see a head and neck specialist within a day or two and they took a biopsy ... at that point they said I probably had a 10%-15% chance of survival.

"They said with palliative care they could extend your life, they could maybe give you some radiation or chemotherapy to slow it down and maybe shrink the tumour back, and I thought, if that’s the way I’m going to go, let’s take every chance before I have to go."

Mr Carr was also able to get a PET scan authorised, a procedure for which the SDHB sends a limited number of patients to Christchurch.

That revealed Mr Carr’s cancer had spread throughout his tongue and neck.

"They didn’t really go into my survival chances at that point but if it was 10%-15% before, I knew it was going to be less," Mr Carr said.

"They said, we will refer you to palliative care ... I had already taken the hit from the shock the first time around so that wasn’t so bad."

After not hearing anything from Otago Community Hospice, he contacted it, only to discover his referral had not been received.

Mr Carr has since had a first appointment with OCH, and has had some DHB-funded grief counselling sessions.

"I also found out that the waiting list for palliative oncology is something like seven weeks, not that anyone has told me this officially.

"There are something like 27 people in front of me in the queue apparently, but no-one has actually formally told me that.

"I haven’t had a ‘we’re so sorry this is happening to you’ — all I’ve got is a possible treatment date which is maybe a week out from my initial ‘this is how long you are going to live’ date.

Mr Carr’s son has lodged a complaint with the SDHB over his father’s case.

His daughter, who lives in Finland, is unable to make it home to be with her father.

Mr Carr is now trying to sell his two taxis and make arrangements to provide for his wife, Jo.

Friends have started a Givealittle page to try to help.

"On March 19, I was told I had two months left, without treatment, and when I had that scan I was already three weeks into that time, so I now have very little hope of any treatment of any sort," Mr Carr said.

"I hope that other people are able to avoid the devastating wall of silence that we have had."

Well it's a bit late for this poor guy. But there needs to be an ongoing campaign of outrage until the system is fixed. Health seems to be run by, and for, the benefit of the bureaucracy, with placatory press releases and PR balm to cover these kinds of disasters.
We've had two Dunedin-based MPs holding these reins in the recent past. Despite losing office they need to have the shortcomings of their performances brought home on a daily basis. Someone has to be responsible and until someone is responsible we will not see 'budgetary performance' and financial organisation less important in the minds of the movers and shakers than clinical performance and health outcomes.
My bet is that this item will be but a one day headline and will not be followed up in the news. To this man and his family he is facing a tragedy ... if the system isn't fixed it can (and sadly, in time will) be you.

When statistics meet real life the result is often sobering, startling and down right terrible. I just hope steve's family can get some solace in the time they have left together.

But does anyone think closing DHB's and having all administration in Wellington or Auckland going to help those in the south get better treatment?