By Grant Miller and Daisy Hudson
0 Comments
The condition of trees at Queens Gardens in Dunedin will be assessed after a branch from an elm tree there fell across a state highway in the central city.

The branch came down in Crawford St, State Highway 1, shortly after 8am yesterday, almost landing on a vehicle.

The Dunedin City Council confirmed the tree was on reserve land managed by the council. 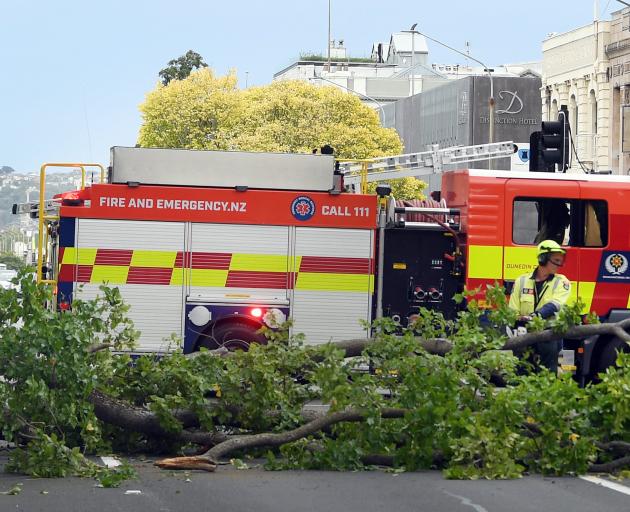 ‘‘We are thankful nobody was hurt and for the efforts of firefighters and contractors, who quickly cleared the footpath and state highway,’’ parks and recreation acting group manager Scott MacLean said.

The trees in Queens Gardens would be inspected and the results would shape the tree management programme, he said.

Branches have come down before in the historical precinct.

Dunedin arborist Mark Roberts said that a pruning technique used there for decades — thinning — had been considered best practice at the time, but could create problems by pushing weight to the end of branches.

‘‘The more branches a tree has, the more energy can dissipate,’’ Mr Roberts said. 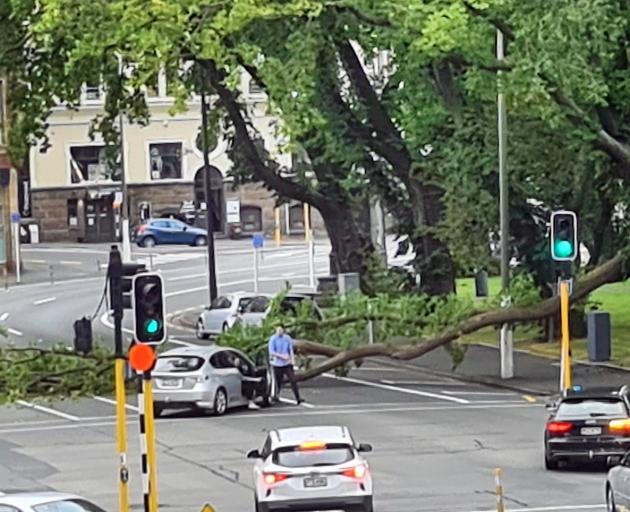 A couple get out of their car after it was nearly hit by a falling tree limb in Dunedin yesterday. PHOTO: SUPPLIED

He has said previously the trees at Queens Gardens should not be considered high risk.

He said again yesterday the risks of trees falling and harming people were low.

However, at least one couple in Dunedin got a fright yesterday when the branch came down near their car.

Traffic was backed up after the incident.

The NZ Transport Agency advised about 9.20am that the road was clear.