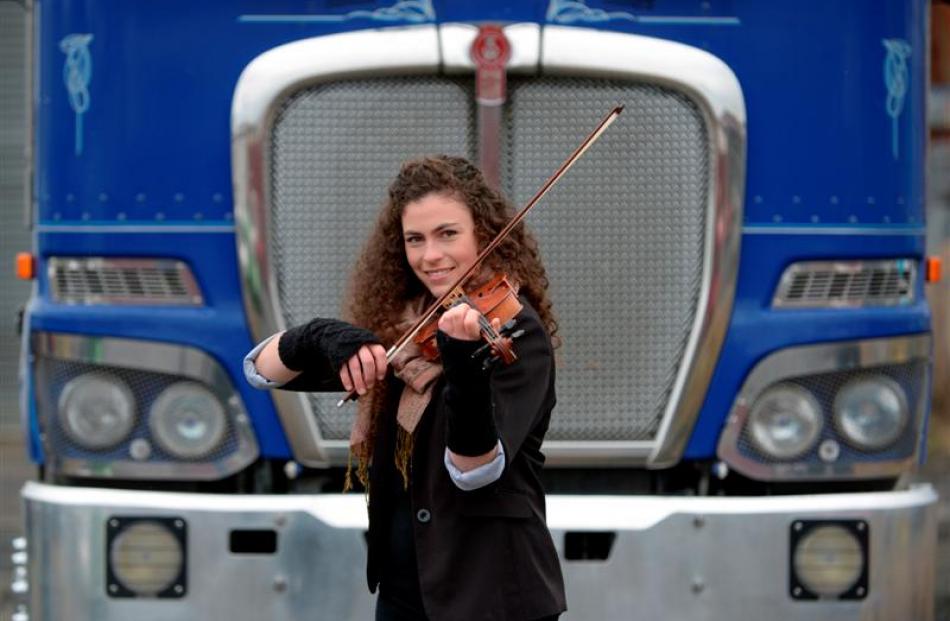 It's a long, hard road to become a professional concert musician.

Southern Sinfonia violinist Karla Norton has made a big shift in gear and swapped air brakes for music breaks.

The former Auckland truck driver and roadworker moved to Dunedin last month to take up the 2014 University of Otago Southern Sinfonia performance scholarship.

''I worked on Auckland motorways for two years, as a lollipop sign stop-go girl and a truck driver. It was all overalls, dayglo gear, hard hats and safety harnesses,'' Ms Norton (24) said yesterday.

''I had to get my heavy traffic licence for the job.''

She was proud of what she had achieved, both in music and outside music.

''There are a lot of skills involved in traffic management that cross over into music. Things like people skills, organisation and management,'' she said.

''I enjoyed the work and it is definitely a skill, but I think I'll stick to music, for now. I can always go back to it, I guess.''

Ms Norton worked nightshift on the roads and was a contracted player to the Southern Sinfonia and Opus Orchestra, in Waikato. She will hold the performance scholarship until next March and complete a postgraduate violin degree with the university's department of music.

''Everyone has been so welcoming here in Dunedin. I'm going to spend the year studying and practising, mostly focusing on the classics, and play as much as possible with the Southern Sinfonia.''

Ms Norton will perform with the sinfonia in the Royal New Zealand Ballet performance of Coppelia, at the Regent Theatre on May 8 and 9, and with Bulgarian violinist Bella Hristova in the world premiere of Dunedin composer Anthony Ritchie's Violin Concerto, at the Dunedin Town Hall on May 31.