Two-year-old clocks up 5000km on bike 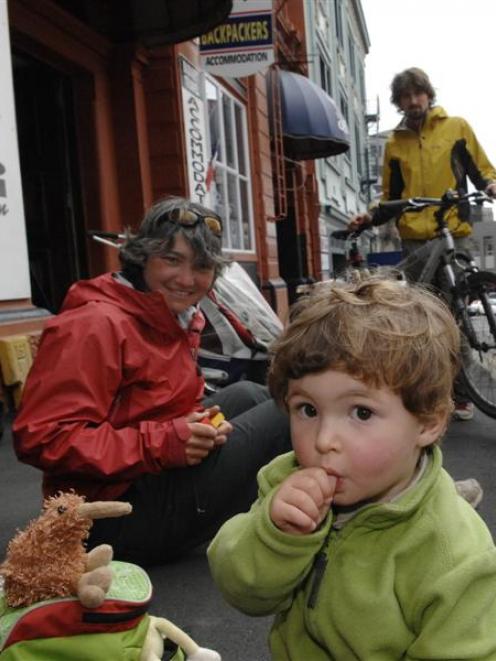 Zian Berini has "cycled" more than 5000km around the world and he is only 2.

Along the way, from the vantage point of his special rain-proof bicycle-drawn buggy, there have been close encounters at the roadside with a parade of unusual animals - in Mongolia, quite a few yaks; in Australia, kangaroos, two snakes, and kookaburras; and in New Zealand, a lot of sheep.

Zian appears to have taken the adventure in his small but eager stride, sometimes snoozing in his buggy, or playing with his favourite toys.

"There's no real trouble. We choose smaller roads when we can," Mr Berini said.

The trio left their home in Paris in July and have since pedalled through parts of France, Switzerland, Mongolia, South Korea, Australia and New Zealand, flying between countries on their way.

Next July, they plan to return to Paris, having meanwhile travelled further through New Zealand, Tahiti, Chile, Argentina, the United States, Switzerland and still more of France.

Mongolia did provide some problems with dust, but the usual parental care to keep Zian well fed and hydrated and out of the sun has worked well.

Today, they head to Christchurch by bus, and plan to visit the West Coast.

The Central Otago Rail Trail, with its scenic views, was one of their favourite New Zealand attractions, Mr Berini said.

"It was amazing. We have nothing like this in France."