Unearthing the stories of historic Nenthorn 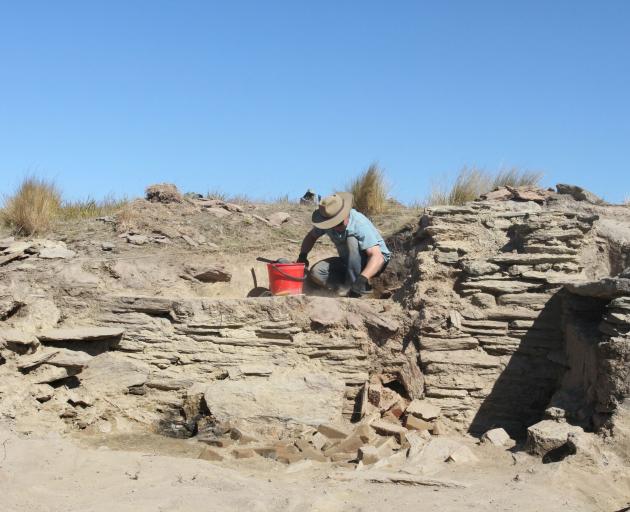 University of Otago archaeological dig team Peter Mitchell excavates the interior of a large brick-lined bread oven, cut into the hillside at the historic Nenthorn railway construction camp. Schist slabs were used to form the face of the oven and once supported a domed, earth-packed roof. Photos: Supplied
Historic remains of an old Otago railway construction camp are being protected following an archaeological initiative.

The Nenthorn camp was a ''bit of a rough town'' established in 1884 when the railway was built, Heritage New Zealand spokesman heritage adviser media and marketing John O'Hare said.

Once home to Irish, Scots, English, Italians, Polish and Chinese labourers who built the section of railway between Flat Stream and Sutton, it was now ''bare tussock-land'' on Lone Star Farms Barewood Station, near Middlemarch, Mr O'Hare said.

But below the surface, ''evidence of Nenthorn camp's boisterous history'' remained, he said.

Three archaeological digs at the site were done about two years ago by the University of Otago's archaeology programme, under the leadership of Tim Thomas, and various features uncovered. 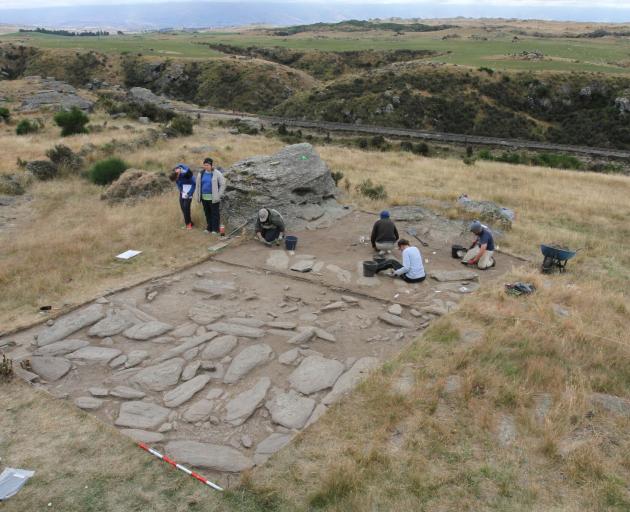 University of Otago archaeology students excavate the schist slab foundation of a large building, probably a store, at the historic Nenthorn railway construction camp.
They include chimney remnants; the remains of a blacksmith's forge and a police station; a baker's oven used by an Italian baker on-site; and the foundations of shanties made from wood and canvas where many workers lived and spent recreation time.

The remains were then analysed by the university team over another year and a report recently given to station management.

Now the areas have been fenced off to protect them from stock and other possible damage.

Another area where a water wheel was operating will also be fenced off to protect it for future generations.

The archaeological features have also been included in the farm's environmental plan.

The project was a ''great initiative'' on the part of station manager Marty Deans and owners Tom and Heather Sturgess, and would protect an important example of colonial New Zealand archaeology, Mr O'Hare said. 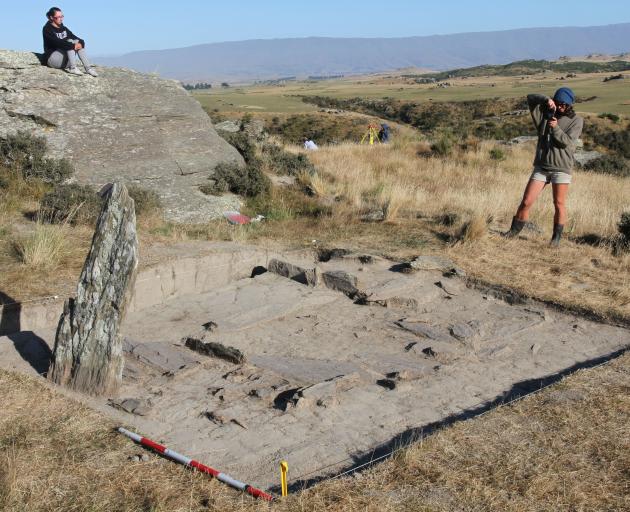 Archaeologists look over the slab floor remains that mark the site of a historic hut at the old Nenthorn railway construction camp site, near Middlemarch.
''Archaeologically, Nenthorn is an important site representative of the kind of construction camps that sprung up around the country as rail was developed in New Zealand.

''It's great that these archaeological features will be protected in this way.

''The owner should be congratulated for his commitment to preserving the archaeological heritage of the site.''

Mr Deans said he was pleased the historic features would be protected and the findings of the archaeological digs were fascinating.