Unfunded item but still a chance 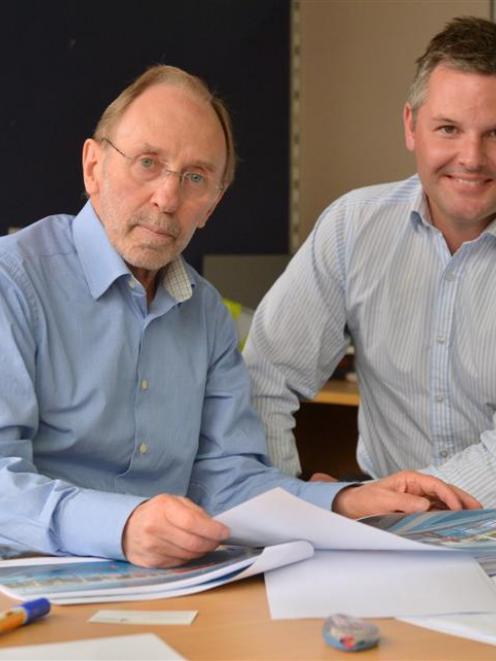 Instead, information about various build options and what each would cost ratepayers will be listed in the draft 10-year budget as an ''unfunded'' item.

Councillors have also sought more information on the project and will consider it and any feedback from the public in May, when they will have an opportunity to add the project to the final budget.

The decision not to include funding in the draft budget was made after the council was split and Mayor Dave Cull used his casting vote to reject a proposal from Cr Richard Thomson to put $700,000 a year in the budget from 2018-19 for a four-pool complex.

Cr Thomson said putting something into the draft budget was for the purposes of consultation and both the amount and the desired complex would probably change once more information about the options was known.

He gained support from Crs Neville Peat, Chris Staynes and Hilary Calvert, who said it indicated support for the project, for which there was clearly an ''overwhelming'' need, given Moana Pool was over capacity.

But Mr Cull and other councillors said they thought it was premature to be putting in ''even a placeholder budget'' ahead of any decisions about the complex being made.

Cr Jinty MacTavish said she could not support a four-pool plan because it was counter-intuitive to the council's spatial plan, which said ''destination'' facilities should not be built in outlying city settlements, to avoid extra infrastructure costs and keep the CBD alive.

''This will win me no friends in Mosgiel, but I don't intend to be a councillor who supports the spatial plan when it suits me.''

There was a risk a four-pool option would split ''destination status'' between Mosgiel and Dunedin's CBD.

''I have concerns that would raise the cost of infrastructure for ratepayers right across the city. It will take a lot to convince me the four-pool option is the appropriate one.''

Cr Kate Wilson, a Mosgiel-Taieri ward councillor, said she took a different view of the spatial plan and saw that a Mosgiel complex would free up Moana Pool for central city residents.

She appreciated that a four-pool option was aspirational, but it covered the range of facilities people were now demanding ''and I'm not sure we could supply that capacity anywhere else''.

It should not be forgotten that the trust had pledged to raise $7.5 million for the pool, and she was sure it could achieve that.

In a subsequent vote, Cr MacTavish got support from all councillors except Cr John Bezett and Cr Neville Peat, who abstained.

Both thought a budget line should be included, for including information on the two-pool, three-pool and four-pool options in the consultation document, seeking feedback from people about their relative acceptability.

An earlier recommendation from Cr Thomson that funding and investment options, including whether the Waipori Fund might invest in the project, be investigated was supported, despite some unease about possibly using the fund.

If this opportunity was missed, Cr Thomson said, the council would still have to build a new pool in the future, it would not be as good, and ratepayers would have to pay 100% of the cost.

''Everybody will be the poorer for it.''