More than 100 police, firefighters and members of the public gathered to observe a minute silence in Dunedin and around the region this morning.

Flowers and tributes were laid, the flag flew at half mast and songs were sung by a crowd packed outside the Dunedin police station.

The minute of silence was observed at 10.37am, in honour of 28-year-old Constable Matthew Hunt, who was shot and killed during a routine traffic stop in Auckland last week.

Const Hunt died of his injuries, and another officer was injured, when the pair were shot while carrying out a routine traffic stop at 10.37am.

Otago Coastal area commander Inspector Marty Gray said the moment was a way for the community to express their grief.

"Today was about us coming together to acknowledge our colleague who was tragically killed last week. 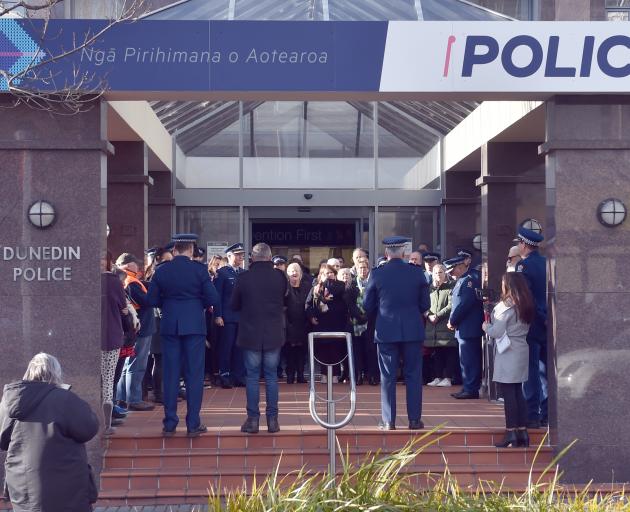 "There was a lot of people wanting to express that and remember a tragic event that occurred.

"To give people that opportunity and for police and our wider community and whanau to do that as one."

The minute silence was marked across New Zealand.

More than 100 people this morning gathered in the Henderson Police Station car park, all staunchly and quietly, only speaking - if at all - to the person beside them.

any of them were in police uniform, others in normal clothing. Some members of the public gathered outside too.

At the end of the minute's silence, one officer started singing Hallelujah, by Leonard Cohen. 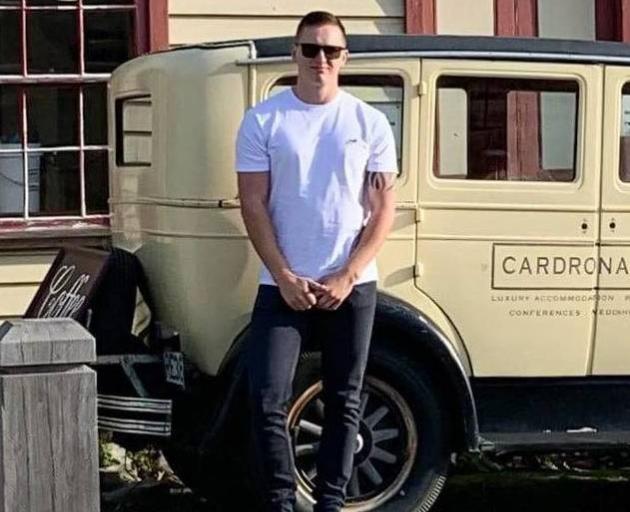 Some uniformed officers could be seen crying after the short service, sharing hugs with one another.

Hundreds of flowers and messages of support towards the police and the Hunt family have been placed at the base of flag poles outside the station.

"Thank you for sacrificing your life for all," one message says.

"From a mother to a man in blue, our hearts are with you," said another.