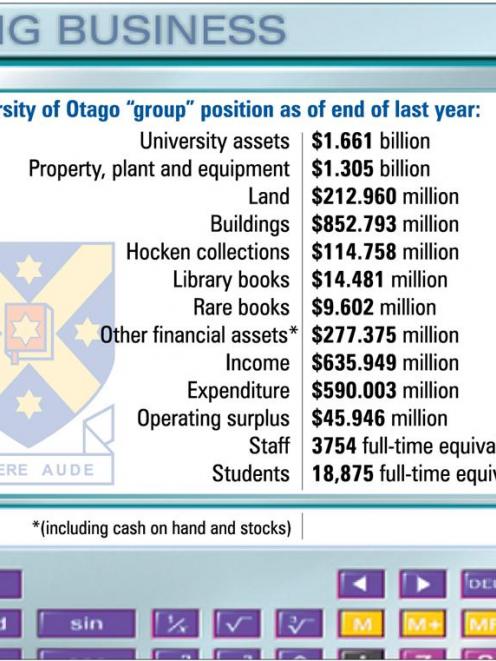 varsity_s_1_66b_in_assets_5357a5b3a5.jpg
The University of Otago's position as the ''biggest business in town'' has been highlighted by a report showing it has $1.66 billion in assets.

Its financial statements for last year, tabled at the latest university council meeting, showed the university group, which includes subsidiary companies and controlled trusts, had set aside $277 million worth of ''other financial assets'', which included cash, short-term deposits and shares.

This was in part set aside for the university's unprecedented building programme worth ''more than $600 million''.

However, having the university as the ''biggest business in town'' was a ''double-edged sword'' for the city, because it did not pay full commercial rates and paid only for water, drainage and other services.

''If we keep growing our footprint that means the city has to bear greater cost,'' he said.

There was a need for a conversation about whether it was appropriate government organisations did not pay full rates, but ultimately that was a decision for Parliament.

On the flip-side, the Government and research providers were ''essentially pouring in hundreds of millions of dollars'' into Dunedin through the university.

''It's a wonderful thing for the city to have a financially strong university, which students from outside the city want to come to.'' 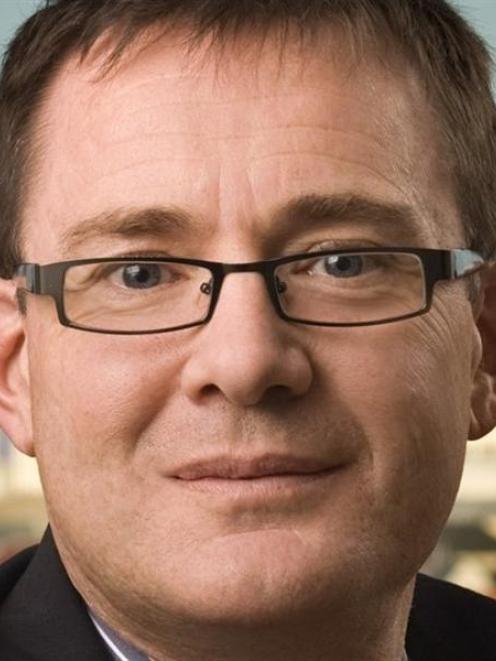 David Lont.
Given times were tight at present, the university could have been faced with having to cut courses and slash budgets if it had run up large amounts of debt in the ''good times''.

Instead, it was looking to spend more than $600 million on new buildings, most of which would be in Dunedin.

''It really is pretty remarkable that a university of our size has largely almost always been debt free and that we have been able to finance expansion from our operating budgets.

''It could have been a hell of a lot worse if we weren't well managed.''

There was nothing untoward about $277 million of the university group's assets of $1.66 billion being made up of ''other financial assets'', including cash, shares, bonds and short-term deposits, Prof Lont said.

''I don't think it's out of kilter. We are a big organisation. If you think of Air New Zealand, they have about a billion sitting there in cash.''

Chief operating officer John Patrick, speaking at the council meeting, said the university's accumulation of cash had been a ''deliberate strategy'' so it could fund its construction programme.

The programme, which included replacing the university's dental school, its ''largest construction project'', would have a huge impact on the university.

''I think over the next 10 years, the face of this campus is going to change quite dramatically.''

In another financial report tabled at the meeting, acting director of financial services Gavin Logie said construction would begin on priority development projects ''later this year and in 2015''.