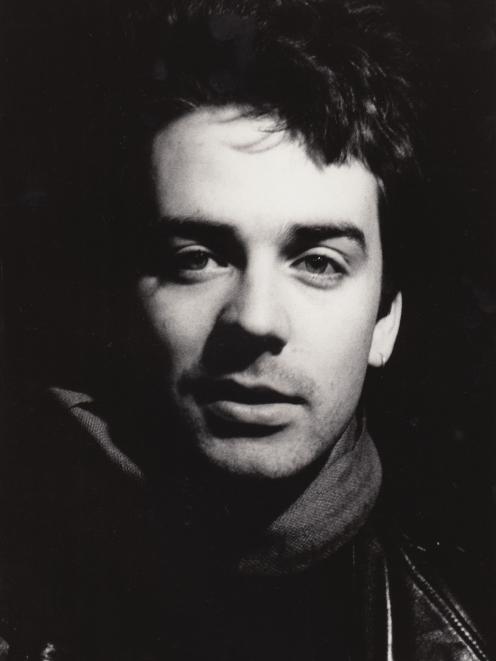 An illustrated shopping list produced by Martin Phillipps in 2005 and a photograph of the musician taken by Herman Nijhof in 1987 have been developed into a promotional poster. Photo: John Gibb
Creating a new Otago Museum exhibition devoted to Dunedin musicians Martin Phillipps and The Chills has been a highly collaborative affair.

The temporary exhibition, titled "Things Change: Martin Phillipps and The Chills", will open at the museum’s H D Skinner Annex on June 23.

The process of creating and installing the exhibition is being filmed by documentary firm Notable Pictures, and the resulting film is expected to be released overseas next year.

The show has been project-managed and designed by museum design head Craig Scott, and curated by Michael Findlay, of Museograph.

Mr Scott said that even the show’s promotional poster was a collaborative effort, utilising a photo of  Phillipps taken in 1987, and overlaying an illustrated shopping list created by the musician in 2005.

The Chills were an "integral part of Dunedin’s cultural story" and the team had worked closely with Phillipps to create "a very personal and informative exhibition", Mr Scott said. 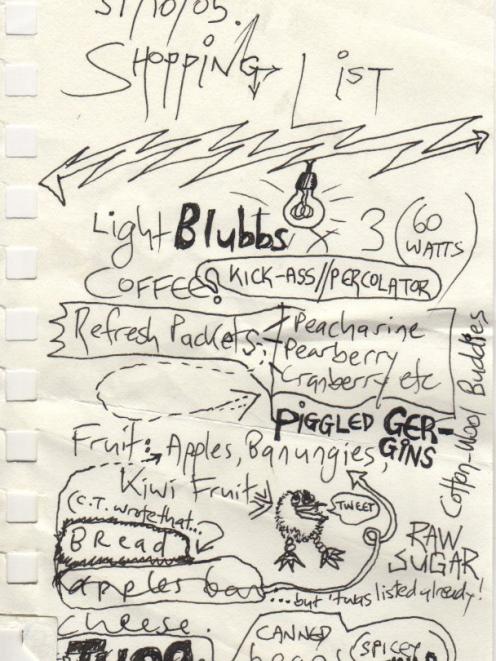 An illustrated shopping list produced by Martin Phillipps in 2005 and a photograph of the musician taken by Herman Nijhof in 1987 have been developed into a promotional poster.
All the physical objects came straight the musician’s "eclectic collection", and Mr Scott said that working on the show had given him "an understanding of Martin’s creative process".

Phillipps, the band’s lead singer and songwriter, had previously been given a "dire medical prognosis", and had wanted to "preserve the legacy of himself and the band".

He had "picked apart a lifetime of memories and discovered precious items" to appear in the museum show.

In the  early 1980s, The Chills played a leading role in the musical movement The Dunedin Sound, and were a high-profile band on independent label Flying Nun Records. They became darlings of US college radio,  alongside R.E.M. and the Pixies.

The free exhibition will run until Sunday, July 15.