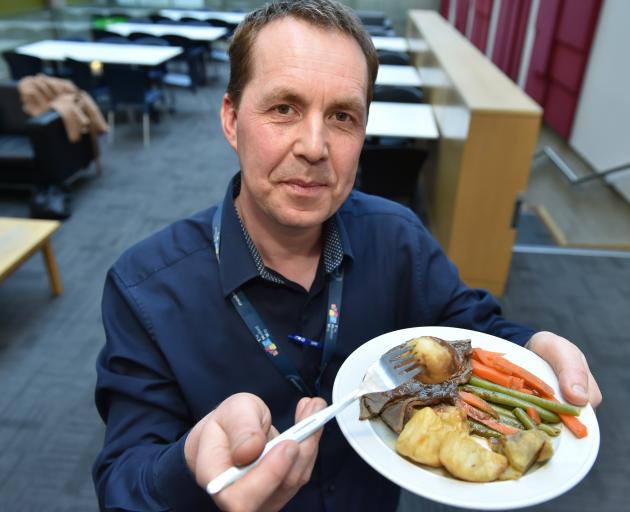 Southern District Health Board food services manager Kostya Cherkun tries some of the food on the new Compass menu for Meals on Wheels. PHOTO: GREGOR RICHARDSON
Public feedback on the Compass Group's new Meals on Wheels menu has been good, with many giving the menu the thumbs up following a taste test at Dunedin Hospital yesterday.

However, some of the vegetables have not yet been given the green light.

Grey Power president Jo Millar, who was one of the taste testers, said some of the dishes on the varied menu were "very, very nice''.

"I have to be honest and say it's a definite improvement on the last time.

"They've widened the menus quite a bit. They've listened to what the people have said, and gone back to the more meat and vege type of meals, which is what our older people are used to having.

"The last menu, I felt, was pretty unpalatable, and also they [the meals] seemed to be smaller. The dishes are definitely better and bigger this time.

"I'll complain about the meals left, right and centre, but I do have to give credit where credit is due.''

Mrs Millar said there was still some concern about some of the vegetables - the roast potatoes, cauliflower and broccoli were soggy.

She believed it was because they had been frozen and then thawed before being reheated.

She said the process also made the gravy go "quite thin''.

"Compass told us they are now going to trial reheating them directly from frozen, because that's what the average person does if they get a frozen meal.

"They put it in their microwave and heat it from there.'' 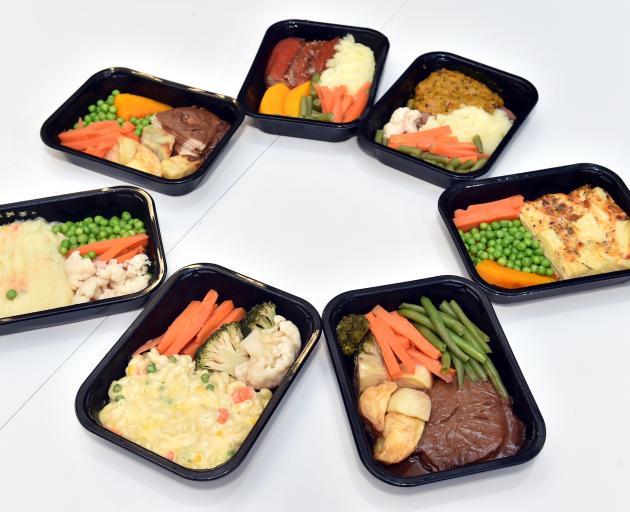 Mrs Millar hoped it would solve the problem.

"Overall, to be perfectly frank, I think they have definitely listened to people. They've done their best to fix the problems and I think the new packaging they've got is going to be much better.''

Meals on Wheels recipients would have the option of receiving the meals frozen or heated, she said.

The choice meant people could store the frozen meals and heat them later in the day for dinner.

"I'm quite confident that what they are going to put out will be what we've had, with the improvements that we've suggested.

"But there will be a watching eye. We'll be keeping a close eye on the quality of the meals,'' she said.

The changes to the menu are part of the first annual review of the Meals on Wheels service.

Meals on the past menu were trucked to the South and were unpopular, causing a public outcry.

Compass has since gathered feedback from recipients, health professionals and community stakeholders, and used it to update the menu.

It has also replaced airline food company LSG Sky Chefs, of Auckland, with a new provider.

The new provider has not been named.

There will also be more roast and mashed potatoes, prepared according to a new and improved recipe, and more roast meals, including roast chicken, beef, pork and lamb.

The new menu starts in Dunedin and Invercargill on November 28.