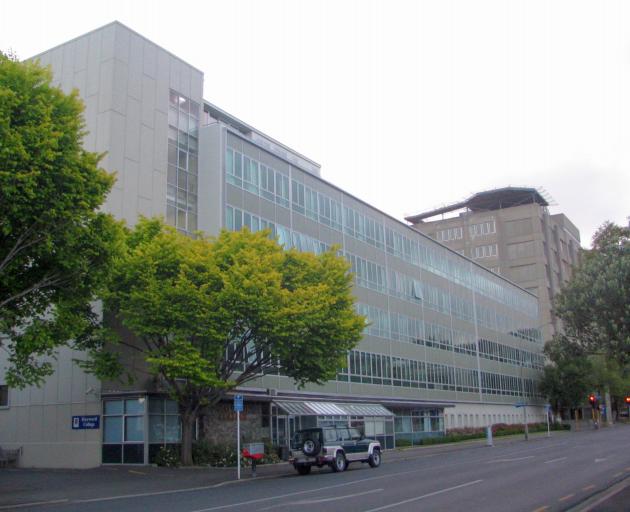 A planned $8.1 million refurbishment of Hayward College has been postponed because the residential hall might be part of a land-swap with the Southern District Health Board so the area can be used for the Dunedin Hospital rebuild.

Yesterday, the University of Otago confirmed it had put off the refurbishment until next year so that it does not go ahead while the Frederick St building's future is unclear.

It had been set to start when the last students left for the year.

Last month the Otago Daily Times revealed Otago University is willing to consider a swap to ensure the rebuilt hospital stays in the central city.

It would mean the university acquiring part of the existing hospital campus in return.

The swap would also involve Cumberland College, in Cumberland St, to ensure the entire block - which includes Dunedin Hospital's Fraser building - could be used for the $300 million redevelopment.

Chief operating officer Stephen Willis confirmed the refurbishment was ''temporarily on hold because of uncertainty relating to the built environment and planning of the adjacent hospital and health precinct''.

''Whatever option is chosen for the hospital rebuild, the precinct will change significantly. There are potentially a multitude of possible options that could occur that may cause a rethink to any major refurbishment we would carry out,'' Mr Willis said in an email response to questions.

Mr Willis said the two residential colleges were important to the university.

''They provide valuable pastoral care for our students, have huge social capital with current and former residents, and are significant building assets.

''Funding remains allocated and will progress once the university is comfortable that it represents the right thing to do.''

A timeline for the rebuild shows site options will be presented to the Government-appointed Southern Partnership Group next month.

The ODT understands it will become a shortlist by about April and that a technical assessment under way of the main hospital building, the ward block, is central to determining the site and size of the redevelopment.

It is not yet known whether the rebuild is just a replacement of the clinical services building, or of the newer ward block, too.