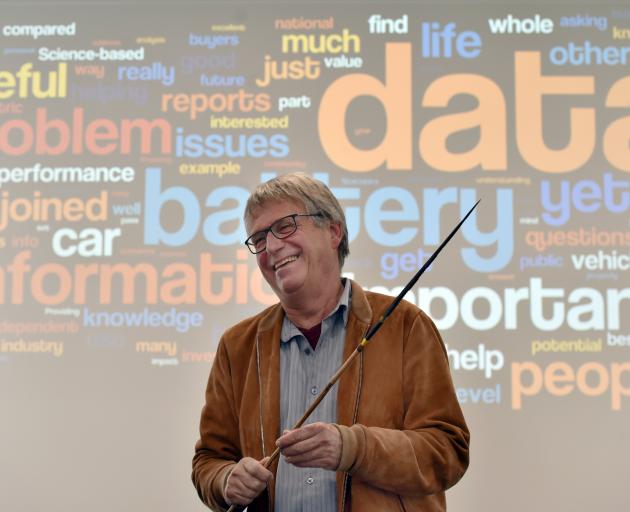 Emeritus Prof Moller said the citizen science project was launched publicly a year ago and had 918 EVs signed up, including 20 multi-vehicle ''fleets'', and had since received 5246 monthly records of EV use.

Prof Moller, of the Otago University Centre for Sustainability, yesterday spoke in the centre seminar room on citizen science and ''lessons from Flip the Fleet's efforts to accelerate uptake of electric vehicles''.

The talk was part of a regular seminar series organised by the university's Otago Energy Research Centre.

Prof Moller, who is a co-founder of the Flip the Fleet initiative, told more than 20 people such ''citizen science'' was a powerful way of gathering knowledge about the opportunities and constraints of ''sustainability innovations''.

This partnership approach would ''accelerate knowledge acquisition'' and its application to problem solving, and also underpin the university's role as a critic conscience of society.

This form of participatory citizen science was time-consuming, challenging and under-resourced, and gaining funding had been ''extremely difficult'', although several grants were obtained, he said.

But shared initiative was ''personally transformative'' for both co-ordinators and participating EV owners, and was helping to prepare the way for faster adoption of electric vehicle technology, he said.