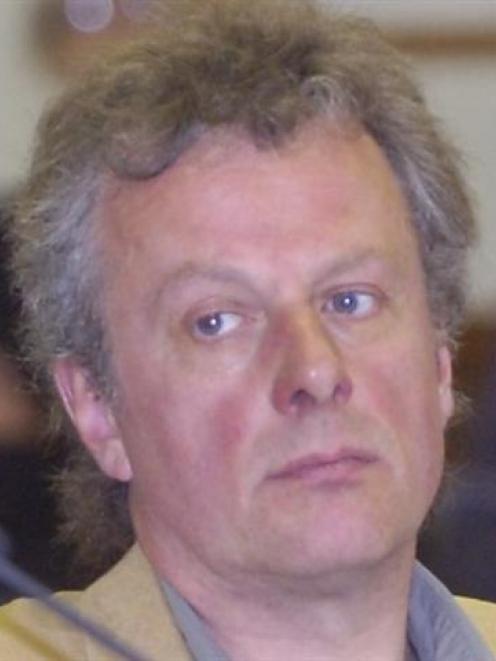 Lee Vandervis
Plans for a $14.6 million transformation of Logan Park survived an attempt by two councillors to drop much of the funding from the Dunedin City Council's budget yesterday.

The plans, which supporters say will turn the park into a major metropolitan sporting hub, appear set to face another attack later this month, when they go before a full council meeting.

But voting yesterday appeared to show they have majority support at the council table, despite an acrimonious debate.

The plans for the area have been on the council's books since 2005, when the Logan Park development plan included proposals for new facilities for tennis, athletics, squash and the New Zealand Academy of Sport, South Island.

They were put on hold while the Forsyth Barr Stadium was planned and built, but money stayed in the budget.

An update last week, with council funding of $12.08 million, proposed new or upgraded facilities for the city's sporting codes, including a new multipurpose artificial all-weather turf for a variety of sports, another artificial turf for football only, paid for in part by Fifa, a new hockey turf and tennis courts, and a possible new life for the former art gallery building as an administration centre for Sport Otago and other regional sporting bodies.

Cr Stevenson asked if money would be coming from sporting codes towards the work, and was told the council would be working with groups on the issue.

Cr Vandervis moved the committee agree to the relocation of the Academy of Sport only. Asked by chairman Cr Bill Acklin whether he meant to get rid of almost $8.5 million for the rest of the work, Cr Vandervis said he meant to put it "on hold".

Cr Vandervis said the budget went back to 2005, when the financial situation in Dunedin did not have the constraints it now did. Graphs of the council's debt "basically look like Mt Everest", and leaving the money in the budget would not be in the best interests of the city.

Cr Vandervis said it was time to "put these very-nice-to-have things on the back burner".

Cr Fliss Butcher asked Cr Vandervis if he had raised the idea when the council was considering its budgets earlier in the year, and he said he had "in general terms".

Cr Stevenson said she had suggested cutting the Logan Park budget at that time, but Cr Vandervis would not second a motion to that effect.

Deputy mayor Chris Staynes said the annual plan period was the time to have addressed the budget. That had not happened, and the council had not indicated it would.

"Doing it now would remove any possibility of consultation."

There would be an opportunity, he said, to review some of the budget lines for the project.

Mayor Dave Cull said the money had been in the budget for a long time, there was a lot of work to do on the plan, and the money did not have to be spent if the council approved the work that had been done.

To dump the budget would be "completely unreasonable".

Cr Vandervis' motion was lost when he and Cr Stevenson voted for it, but Crs Butcher, John Bezett, Jinty MacTavish, Andrew Noone, Staynes, Colin Weatherall, Kate Wilson, Acklin and Mr Cull voted against.

A second motion, to approve the budget, and continue work with stakeholders, was carried.

Both Crs Wilson and MacTavish asked for more information on the issue before a June 27 council meeting, when the decision was due to be ratified, and indicated they were yet to be convinced by the proposal.