View focus on sexual abuse of Jesus could have benefits 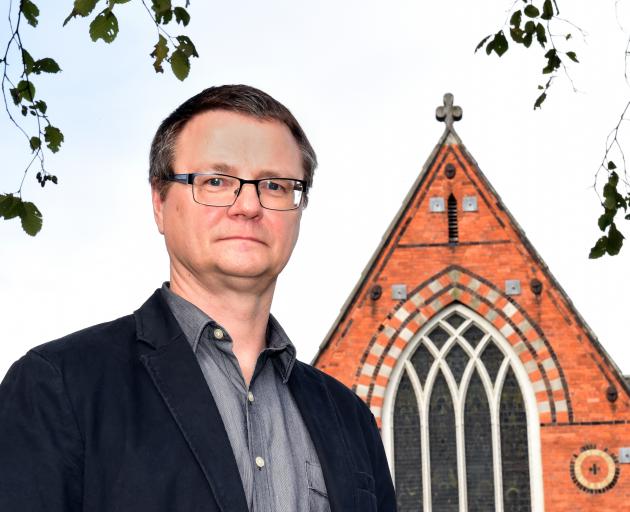 University of Otago academic Prof David Tombs believes Jesus should be viewed as the victim of sexual violence. PHOTO: GREGOR RICHARDSON
In the lead-up to Easter and following continuing controversy around the Royal Commission of Inquiry into Historical Abuse, Elena McPhee spoke to University of Otago theologian Prof David Tombs about his belief Jesus was a victim of sexual abuse.


Despite some accusations of blasphemy, University of Otago academic David Tombs has stuck to his conviction Jesus was a silent victim of sexual abuse - and he believes bringing the subject to light could have some wider benefits for society, as well as being an important historical question.

Prof Tombs, an academic in the Centre of Theology and Public Issues, has written extensively about the topic in international journals, along with international collaborators, which has been referred to as #Him Too in the past - although he prefers the term #Me Too Jesus.

When they first heard the idea some churchgoers and fellow theologians were understandably sceptical, and even found it blasphemous, he said.

But after attending his talks or reading his work, people usually queried how it could have remained hidden in plain sight for so long, he said.

While he understood why the idea might be considered "absurd or even outrageous", a careful reading of Mark 15:16-24 showed Jesus being stripped three times ahead of the crucifixion.

"This repeated stripping and naked exposure on the cross was not accidental or incidental. It was intentional and integral to the punishment," he said.

Prof Tombs said among the idea's supporters were sexual abuse survivors from "many different countries" who had contacted him to say how important it was to them.

"For example, one said `When I experienced sexual abuse, I would never have thought that God could imagine my shame'.

"In the current project with Dr Rocio Figueroa of Good Shepherd, Auckland, we are making a more detailed study of how survivors [of clerical abuse] respond to the idea."

Discussing the issue also helped ask deeper questions about why "something so obvious and important has barely been noticed and almost never discussed".

It helped challenge some of the stigmas and taboos that prevented people, especially churchgoers, from addressing the issues.

All eight of the interviewees in his project with Dr Figueroa said it was "an important idea for the church to address".

When contacted for comment, the Catholic Bishop of Dunedin, the Most Rev Michael Dooley said he believed Prof Tombs had "a valid point" and he personally saw merit in looking more closely at the idea.

"The Romans used sexual humiliation and violence as a weapon against those they saw as criminals and rebels.

"This is part of the reality that Jesus faced".

Perhaps seeing the sexual abuse aspect of Jesus' suffering could encourage the important conversations we needed to have about male sexual abuse in our society, he said.

I don't see the soldiers mocking Jesus/ the crucifixion (even if naked) to be 'sexual' abuse. Being naked doesn't indicate an action being sexual in nature- let alone sexual abuse.