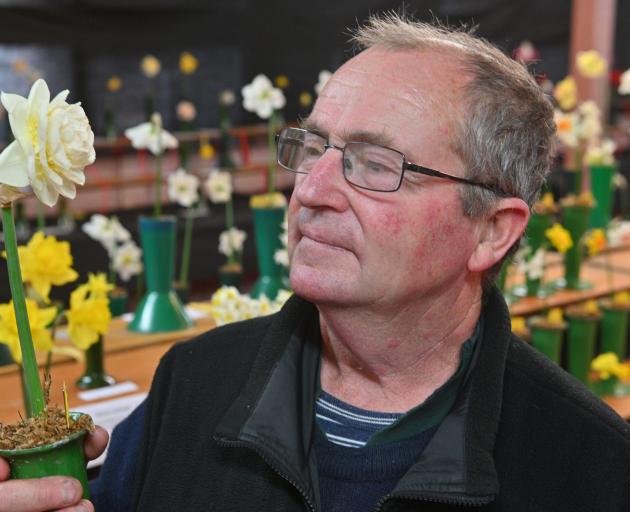 The show attracted more people than previous years and the doors were opened to the public early, following the judging of each category, as a line formed at the door.

Society president Stuart Brown said it was perhaps due to the restrictions of Covid-19, as people were happy to be out and about and many had found an interest in gardening during the Alert Level 4 lockdown.

"People are appreciating it all a bit more."

The daffodil that won the champion of champion prize belonged to Alan Brown, of Waihola.

His manuka flower was a division four, meaning it had double petals, which were white at the back and a pale yellow at the centre of the flower.

It was one of the 190 flowers he entered.

His uncle had inspired his interest in daffodils at a young age, and now, he grows about 1600 different varieties on his about 2ha.

His tip was to "grow them in soil" rather than potting mix, as it had balanced micro-organisms and was free.

When the show’s impressive spring flower display was closed yesterday, most of the flowers were delivered to Otago Community Hospice.