Waka remnants give glimpse into past 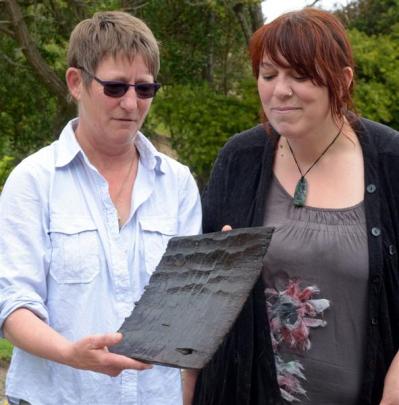 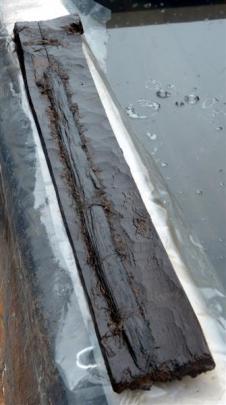 A waka submerged in a locked wooden tank at the Otakou marae in Dunedin continues to reveal the past to archaeologists.

Te Runanga o Otakou manager Rachel Wesley said the fishing waka, unearthed from Papanui inlet on Otago Peninsula in October, was on the marae and submerged in fresh water in a locked wooden tank.

''I'll go get the keys to the waka,'' Ms Wesley said this week before unlocking the tank.

The waka was moved to the marae in early December and although there was no big welcome, it was ''neat'' having it home, Ms Wesley said.

''It is part of the family. It is our ancestors that made it and used it.''

Samples of the waka had been sent to Auckland and Dunedin to determine its age.

''Beyond that, several runanga members have expressed a desire to build a waka house for it on the marae.''

Department of Conservation historic technical adviser Shar Briden said other wooden artefacts were found before the waka was discovered and they revealed some more about it.

Yellow-eyed penguin ranger Leith Thomson discovered the two totara wooden pieces, which were sticking about 10mm out of sand, on August 13.

A piece looked like the back of a seat with ''beautifully rounding and wonderful adzing'', Ms Briden said.

''It is beautiful with quite a good curve on it. They are pretty good pieces in wonderful condition. We were blown away.''

However, the purpose the wood served in the waka was unknown.

The larger piece of wood revealed how timber cracks were repaired, with holes ''bunged'' with smashed-up totara bark and tied in cabbage tree leaves.

''It is quite ... clever, to see it still preserved like that after hundreds of years is quite something, quite exciting and quite unique .. when they were fishing in their waka, they would have been patching things while they were waiting - it is quite amazing.''

The repair job explained the presence of bark and leaves inthe recovered waka.

Mr Thomson was part of a group that walked the foreshore to recover human bone.

At the time of the discovery, he was collecting cranium fragments, the remnants of a ''skirmish'' between iwi Kati Mamoe and Ngai Tahu about fishing rights, Ms Wesley said.

The 6.17m recovered waka appeared to be smashed at either end, probably during the skirmish, and could have been 10m long before it was damaged, she said.

''It's been fascinating. Every time we look at something, we are learning something.''