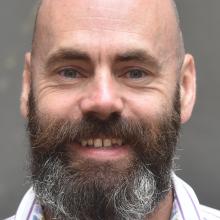 Mr Hazelton made the comments in response to a second generation district plan (2GP) submission by Heart of Dunedin, which represents CBD landowners, slamming the council’s underinvestment in the area.

He said it was correct the council had invested in improving the amenity of the warehouse precinct, but the amount it was spending there was dwarfed by what it had set aside for rest of the central city.

By the end of next year it would have spent $3million in the warehouse precinct, but $37million was set aside for the rest of the CBD as part of its central city plan.

"[It] may have got attention first, but to say we are going to favour them in some way is ridiculous, because way more money is going to go into the rest of the central city."

The council started in the warehouse precinct because it could be done within existing budgets and it gave staff an opportunity to try a different approach, which involved working in co-operation with building owners.

The rest of the central city work was planned to start in the 2018-19 financial year, taking between five and seven years to complete, after extensive consultation with CBD businesses.

Staff were investigating which areas should be upgraded first and the new council would get a report in December outlining the "broad thinking" of staff and their priorities.

The proposal in the 2GP to allow retail in the warehouse precinct only in heritage buildings would encourage further revitalisation in the area and help meet the needs of a growing number of apartment dwellers.

The CBD, with its big glass shop fronts and plentiful parking spaces, would remain sought after, but it was important to offer a range of spaces and different price points for businesses to move into.

He also said the argument from Heart of Dunedin that there had been little or no interaction between the council and CBD business owners was "mischievous", as they had been invited to two separate workshops about the future of the CBD in recent years.