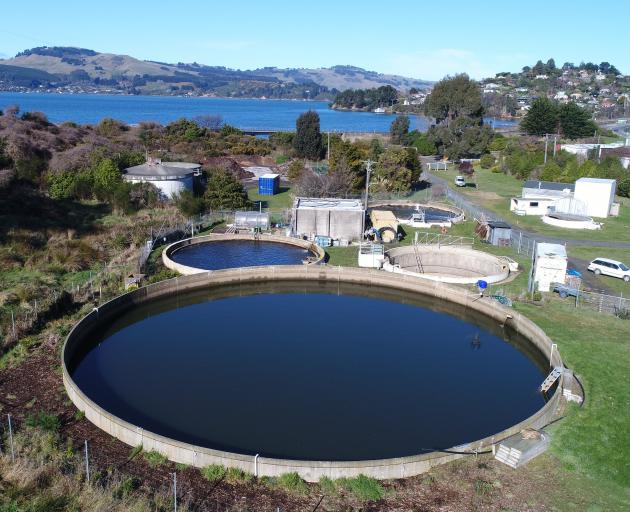 The Dunedin Community Salmon Hatchery in Sawyers Bay. PHOTO: STEPHEN JAQUIERY
A Dunedin salmon hatchery has been given an official warning for record-keeping breaches.

Meanwhile, the Ministry for Primary Industries is investigating links between the Sawyers Bay facility and a wholesaler owned by a trustee of the Dunedin Community Salmon Trust, which operates the hatchery, set up to raise the salmon for release into the wild to supply the city's well-known fishery.

Last year, hundreds of fish died at the facility in two separate incidents blamed by trust chairman Steve Bennett on a vindictive act of vandalism by a former volunteer unhappy with how the hatchery was run.

But a police file obtained by the Otago Daily Times during an investigation earlier this year showed officers found no evidence to support the claims of sabotage and came to doubt any offence had been committed.

Since November, ex-treasurer Raewynne Pedofski and two former volunteers have written separately to the Ministry for Primary Industries raising concerns about the running of the hatchery, including what they said was a lack of preventive maintenance having serious effects on the welfare of the fish.

An animal welfare inspector visited the hatchery and examined the tanks and general welfare of the fish.

Ministry staff also looked into the hatchery's record-keeping requirements regarding movements of fish on and off the farm, including sales, and discovered a range of issues.

Compliance director Gary Orr revealed on Friday the hatchery had been issued with a formal written warning for non-compliance with the record-keeping obligations set out in its fresh water farm licence.

"These records are required to accurately account for fish transferred on to, held at and moved off the farm. MPI has since set up an inspection regime to monitor compliance with the farm's record-keeping requirements."

Since the warning was issued in February, no further breaches had been detected, he said.

The ministry was in the process of issuing a new fish farm licence with new conditions requiring the hatchery to implement a farm biosecurity and veterinary health plan.

The whistle-blowers have also raised concerns about the sale of fish from the hatchery, which Mr Bennett earlier acknowledged was happening but said it was only to licensed fish receivers.

A MPI spokeswoman said the ministry was investigating links between Wing On wholesalers and the hatchery, but it is unclear what exactly is being investigated.

"We are investigating this matter, and, as such, it's not appropriate to provide details in fairness to those under investigation and also so as not to compromise any decision on the outcome of the investigation."

Wing On is owned by Roger Kan, who is one of the four hatchery trustees.

He could not be contacted for comment and is understood to be in hospital in ill-health.

Mr Bennett could also not be reached for comment on Friday.

He earlier strongly defended the way the hatchery was run and said it was not having issues with mortality.

Ms Pedofski said on Friday she appreciated the efforts of MPI over the past several months.

"It is good to know that MPI have been monitoring their activities, especially the health of the fish."