'We did this for Sophia': Crowd turns out for clean-up

While a sense of loss continues to cast a pall in Dunedin's student area, it has spurred volunteers to care for their neighbourhood.

An estimated 2500 students and other volunteers may have initially felt unnecessary during a memorial clean-up yesterday, as the streets north of the University of Otago were already relatively clean.

But when a few began stepping into the bushes and front yards of flats, and others followed, they uncovered troves of old alcohol bottles, broken bikes and used tyres. 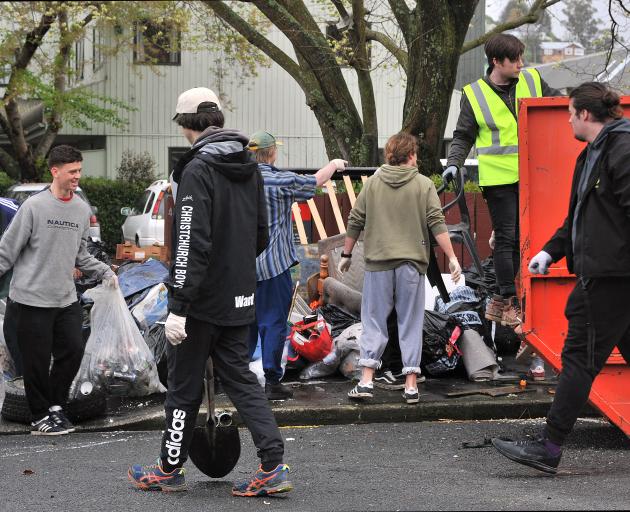 Students stuff skips with rubbish during a memorial clean-up for Sophia Crestani in Dunedin's student area yesterday. Photos: Christine O'Connor
The clean-up followed a request from the parents of 19-year-old student Sophia Crestani, who died at a Dunedin house party earlier this month.

Volunteers were provided with bags, gloves and other tools for the job.

Student Tom Western (19) said the exam period meant the streets were not as bad as they could be in other parts of the year.

"I think it's good that a lot of people are aware of the situation and the family. It's good that everyone has come out in numbers."

Maddy Hiskens (19) and friends managed to get a good haul of cans, vodka bottles and the odd sock.

"We just went along gardens and into people's flats."

Mayor-elect Aaron Hawkins was among the people pulling bottles out of bushes. 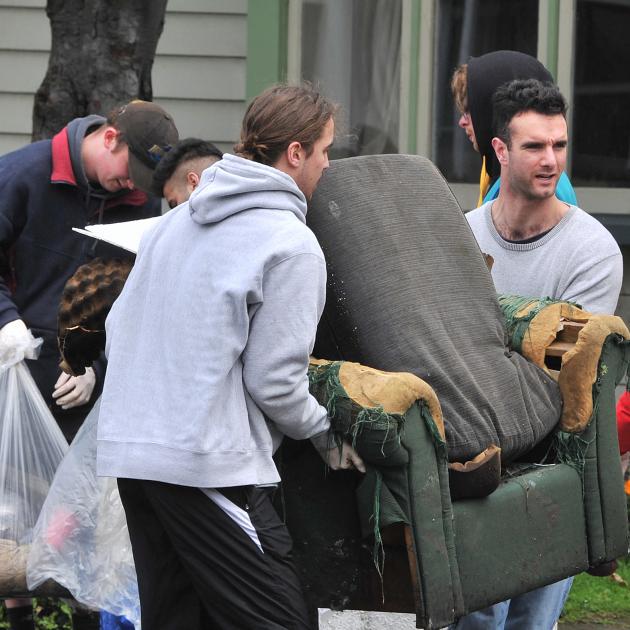 An old armchair gets the heave-ho.
He said the city shared the university's successes, but also its grief.

"The clean-up ended earlier than expected, due to the incredible volume of people helping, which is a fantastic result."

"We could not have had a better response, truly showing the strength of our community. We did this for Sophia."