Weatherall will not stand again for council 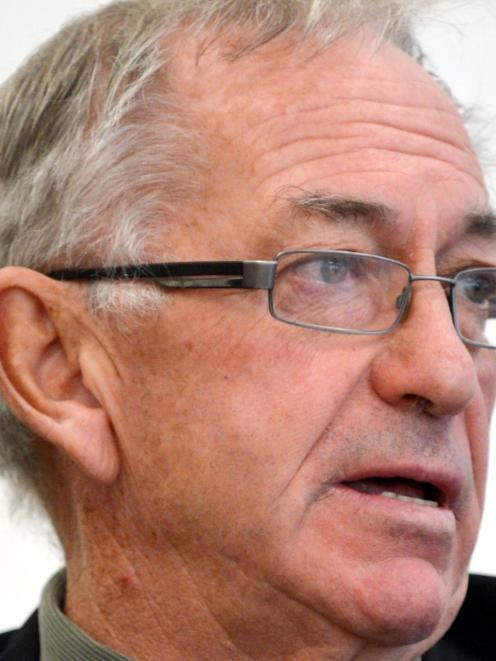 Colin Weatherall
The exodus of experience continues at the Dunedin City Council, with long-serving councillor Colin Weatherall confirming he will not seek re-election.

Cr Weatherall told the Otago Daily Times he would step down as a councillor at October's local body elections, ending a five-term career as a councillor that spanned 15 years.

He is the third long-serving Dunedin city councillor to step down, following announcements by Crs Neil Collins and Syd Brown.

Another experienced incumbent, Cr Paul Hudson, is yet to reveal his plans, as is Cr Bill Acklin.

Cr Weatherall said after more than 30 years as a councillor and community board member he had ''done my dash''.

''I'd rather go while I'm feeling strong and positive about the contribution than finding in another three years I'm battling away.''

Challenges such as the debate over a proposed $100 million five-star hotel in Dunedin had ''almost'' been enough to convince him to carry on, he said.

But in the end he had decided to put his family first, after health problems over the last year that had encouraged him to ''reflect''.

''My heart tells me I'd like to have another go, but my head tells me commonsense should prevail. It's time to let it go.

''You've got to go at some stage. Obviously, for some time I've thought about my family and the things I need to do. I've got a life after council.''

Cr Weatherall hopes to continue serving as a resource management commissioner in the years to come, as well as in other areas.

''I don't need to be an elected member to continue to support my community and my city.''

His departure will leave a hole, particularly when it comes to the council's hearings committee, which Cr Weatherall has led for 15 years.

He has chaired almost 1000 hearings during that time, since being invited to take up the role by then mayor Sukhi Turner, as well as leading mediation efforts over the contested harbourside plan change.

He had found himself in the Environment Court on more than one occasion, when the committee's decisions were appealed, but was proud he could not recall any decision that had been overturned on a procedural mistake.

Every application before the committee ''had its own importance'', and the numerous planning issues - big and small - dealt with during his 15 years rated as a career highlight, Cr Weatherall said.

The bid for a waterfront hotel and apartment tower in the city had been ''the biggest by far''.

He had received ''10 times'' more feedback on the hotel than the controversial Forsyth Barr Stadium, but strived to ensure all submitters knew they had been heard.

And he had no regrets about the decision to decline consent for the hotel - which has since been appealed - saying he backed the committee's judgement.