Amelia Seals’ flatmate, Joshua Town-Treeweek, spends his afternoon looking after the 19 rabbits outside their flat in Calton Hill. Photo: Peter McIntosh
It's the big new  attraction in Calton Hill.

Dunedin woman Amelia Seals owns 19 rabbits and leaves them on the grass outside her Ryehill St home during the day for passers-by to play with. But her attraction caught the eye of the SPCA, who spoke to her earlier this week to pass on a complaint from a neighbour who  suggested she was neglecting the rabbits.

Miss Seals said she was only looking after them.

"I spend money out of my own pocket ... I trim their nails and brush their hair, I vaccinate them and get them all fixed. I’m not a crazy rabbit hoarder."

Miss Seals said she advertised the rabbits online and many children were coming to see them.

The  17-year-old is an outdoor education student at the Dunedin Community College.

In her spare time, she rescues rabbits from around New Zealand and sells them online.

She has 10 of her own bunnies, and tries to sell any others she receives.

She puts  the rabbits on the grass outside her home in the morning, but takes them inside her house and on to her back lawn at night.

SPCA general manager southern region Barry Helem  said the SPCA was investigating the complaint, but would not comment further on it specifically. However, he did say in general, animals outside were only a problem if they were neglected, under the conditions of the Animal Welfare Act 1999.

"I think it’s great that we have someone that looks after rabbits and rescues them. The Act is there to protect [animals] and make sure they have adequate shelter, water and freedom."

Mr Helem said parents should be on hand to supervise children looking at the animals.

Dunedin City Council compliance, animal and parking services team leader Peter Hanlin said rabbits and small animals were not under the jurisdiction of the council’s animal services. He said rabbits on the side of the road were only an issue if they were badly cared for and this should be dealt with by SPCA or the council’s environmental health division. 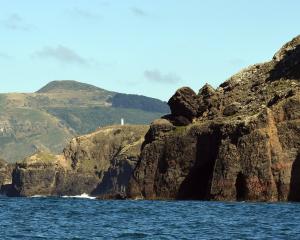